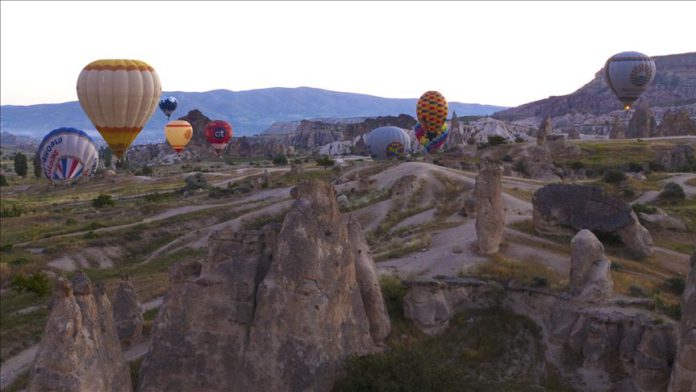 At least one person was killed, an elderly woman injured while many others went missing early Sunday in floods triggered by heavy rain in Turkey’s Black Sea province of Giresun, according to officials.

A protest in southeastern Turkey against the YPG/PKK terror group entered its 355th day, with parents demanding the return of their children they say have been kidnapped by the terrorists.

Palestine, Azerbaijan and Ukraine congratulated Turkey for its discovery of major natural gas reserves in the Black Sea.

You may be interested in reading a story on how Turkey’s gas discovery is expected to have a positive effect on its foreign policy.

Turkish security forces neutralized at least three terrorists in an air-backed operation in southern Turkey, according to the Interior Ministry.

Colorful hot air balloons dotted the skies of Pamukkale in southwestern Turkey as the popular tourist activity resumed after a pause of more than five months because of the coronavirus pandemic.

Turkey confirmed 1,309 new cases of the novel coronavirus, bringing the tally to 257,032.
Health Minister Fahrettin Koca said 801 more patients recovered in the past 24 hours, pushing the number of recoveries to 236,370.

The worldwide death toll from the novel coronavirus has reached 800,000 Saturday, according to a running tally by US-based Johns Hopkins University.

Face masks: Fashionable addition or vital accessory? Here is a feature story on how the pandemic has made face masks a staple of our everyday wardrobe.

Sudan received medical supplies that Turkey donated to contribute to the country’s fight against the virus. An aircraft carrying medical supplies sent to Sudan by the Turkish Red Crescent arrived in the capital, Khartoum. 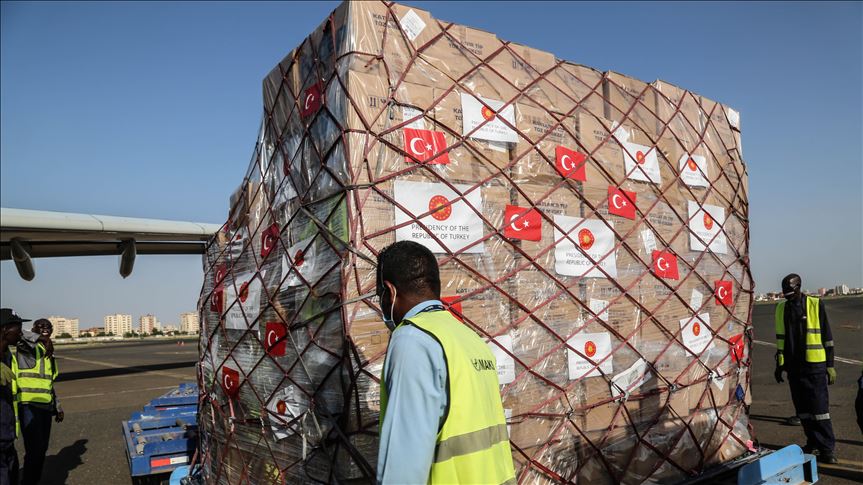 Health authorities in two Arab nations confirmed more fatalities from the coronavirus as the region continues to battle the pandemic.

African leaders expressed concern at more than 1 million cases of COVID-19 on the continent and greater than 26,000 fatalities, according to a statement by African Union Chairperson Cyril Ramaphosa.

At least 1,300 migrants who have returned to Ethiopia are currently completing mandatory COVID-19 quarantines, the International Organization for Migration (IOM) said.

The Turkish Republic of Northern Cyprus confirmed 16 more cases, bringing the tally to 263.

Schools reopened across Afghanistan in a trial following months of closure due to the coronavirus.

Cases and fatalities continued to rise across Eurasian and Central Asian countries.

The chief of the International Atomic Energy Agency (IAEA), Rafael Mariano Grossi, will visit Tehran on Monday in his first visit to the country since taking office in December.

The Greek government has been denying the pushback of thousands of migrants and asylum seekers trying to reach its shores, despite evidence they have been secretly doing so, a global human rights watchdog said.

The EU welcomed cease-fire announcements in Libya from the internationally-recognized government and the camp of warlord Khalifa Haftar.

Leaders of Serbia and Kosovo will meet in the US next month for talks on normalizing relations, Serbia’s president announced.

Hezbollah announced it downed an Israeli drone that violated Lebanon’s airspace in the southern border area near Israel.

Libya’s High Council of State lauded Turkey and Qatar’s role in ending Haftar’s offensive on Tripoli and in western area of the country.