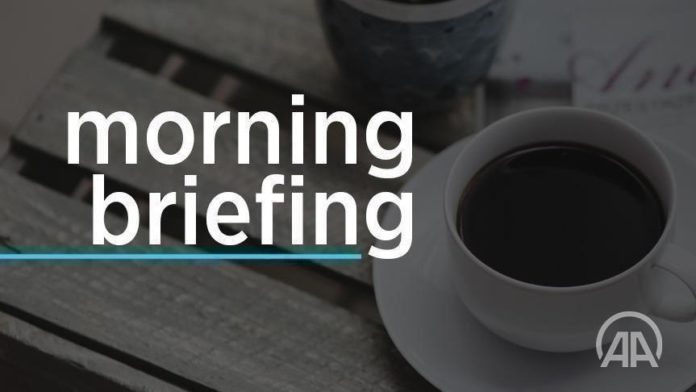 Turkey has administered more than 73.13 million COVID-19 vaccine doses since it launched a mass vaccination campaign in January.

The Health Ministry confirmed 22,332 new infections and 79 coronavirus-related deaths in the last 24 hours, while as many as 5,107 more patients recovered.

Ninety-eight of 107 forest fires are under control, the nation’s Agriculture and Forestry Minister said.

The first group of teams affiliated with Azerbaijan’s Emergency Situations arrived to help Ankara fight massive forest fires in southern provinces that have led to deaths and injuries.

Azerbaijan provided 53 fire trucks to Turkey, where fires in recent days have led to deaths and property damage.

A total of 63 irregular migrants were held in the Turkish capital of Ankara.

The number of vaccines administered worldwide has topped 4.1 billion.

Daily cases increased in the vast majority of the Asia-Pacific region but it has become increasingly difficult to fight the pandemic in some countries.

The fourth wave of coronavirus continues to strike Pakistan as that country recorded nearly 5,000 new infections, the highest single-day tally in two months.

For the third week in a row, anti-vaccine and anti-health pass demonstrations continued in France amid rising COVID-19 infection rates.

A total of 241 people accredited with the Tokyo 2020 Olympics have contracted the virus.

Developments across the world

Palestinian resistance group Hamas slammed the US for continuing to provide military support to Israel in light of a new arms deal between the two allies.

Five Iraqis, including one soldier, were killed in attacks by suspected Daesh/ISIS militants in Iraq.

At least 40 people have been apprehended in England’s West Yorkshire region for the alleged sexual abuse of nine girls.

Six people were killed in clashes between the army and Ugandan rebels in the eastern part of the Democratic Republic of Congo.

Taliban attempts to capture three major cities in Afghanistan have been successfully repulsed.

Floods triggered by dayslong monsoon showers and an alarming surge in coronavirus infections have proved to be a double blow to thousands of Rohingya refugees and residents in coastal areas of southern Bangladesh.

Turk Eximbank aims to provide $50B financing for exporters