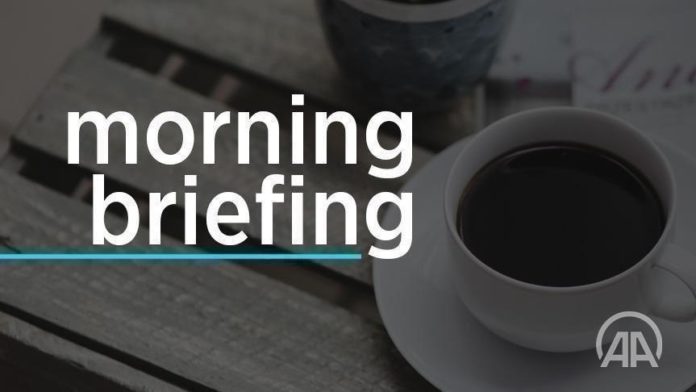 Turkey reported more than 44,000 new coronavirus cases, the Health Ministry said. It is the largest single-day spike since the beginning of the pandemic.

A total of 44,756 infections, including 1,483 symptomatic patients, were registered in the past 24 hours, bringing the number of cases to more than 3.44 million.

The nationwide death toll reached 32,078 with 186 daily fatalities and as many as 23,214 additional patients won the battle against the disease, raising the number of recoveries to more than 3.08 million.

More than 39 million coronavirus tests have been conducted in Turkey, with 249,126 performed since Friday. The latest figures show the number of COVID-19 patients in critical condition at 2,231.

Turkey has administered more than 16.6 million vaccine jabs, according to the nation’s health minister.

Turkey is a crucial bridge in the region, as it links Europe, Africa and the Mideast, said an official from Chinese smartphone maker Xiaomi, citing its new multimillion-dollar factory in Istanbul.

Turkey appointed 13 ambassadors to foreign posts, according to its Official Gazette.

The coronavirus is clearly prone to mutations and the world may see new strains emerging in the future, warned a leading infectious disease expert in Turkey.

Bangladesh will impose a one-week nationwide lockdown starting Monday to stem the spread of the virus, said government officials.

Bassem Ibrahim Awadallah, former head of the Jordanian Royal Court, along with former officials were arrested for “security reasons,” according to state media.

At least 76 militants were killed when fierce fighting broke out in southwestern Somalia between the al-Shabaab terror group and the military, an official said.

Apparently irked for not being invited to an upcoming US-hosted meeting on the climate crisis, Pakistan’s prime minister said he could not understand the omission.

Iran rejected a US proposal to gradually lift sanctions imposed by the administration of former President Donald Trump, said the country’s Foreign Ministry.

All ships stranded by a container vessel stuck in the Suez Canal last week have now passed through, Egyptian authorities said.