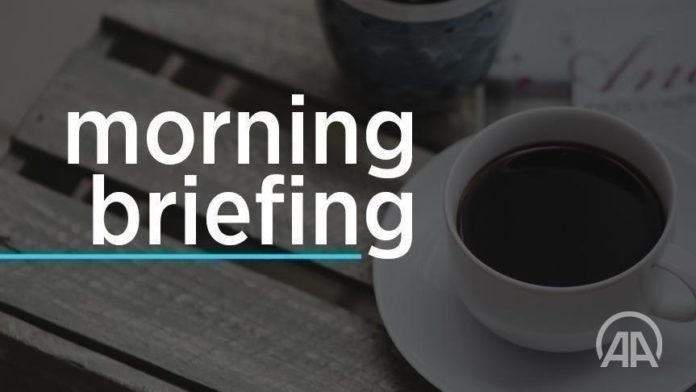 Turkey on Wednesday reported a record 39,302 infections, including 1,401 symptomatic patients.

The country’s overall case tally is now over 3.3 million, while the nationwide death toll has reached 31,537 with 152 fatalities over the past day.

Following a meeting of the Coronavirus Scientific Advisory Board, Fahrettin Koca said the UK variant accounts for 75% of all cases in the country.

As part of Turkey’s anti-terror efforts, a Daesh/ISIS terrorist sought with a red notice was arrested in the capital Ankara on Wednesday.

Nigeria on Wednesday confirmed 121 new cases of the coronavirus and seven deaths over the last day. The total number of cases in the country rose to 162,762, with the death toll reaching 2,056.

Bosnia and Herzegovina reported 1,972 new COVID-19 cases and 79 fatalities, according to health authorities.

The South Asian country of Bangladesh reported a record 5,385 new COVID-19 cases, pushing its overall caseload to 611,295. The country confirmed more than 5,000 infections for a third consecutive day.

Brazil registered a new daily record of 3,869 deaths from COVID-19 on Wednesday, according to the country’s Health Ministry, taking the country’s death toll to 321,515.

With another 8,534 infections reported Wednesday, Spain’s infection rate moved into “high risk” territory as defined by the country’s central government.

As vaccination campaigns were carried out across the globe, Russia registered the first coronavirus vaccine in the world for animals, the country’s veterinary regulator said Wednesday.

Meanwhile, US drugmaker Pfizer and its German partner BioNTech announced Wednesday that their COVID-19 vaccine has shown “100% efficacy” among children aged between 12 and 15.

A total of 102 people in the US state of Washington who have been fully vaccinated against the coronavirus have tested positive for the disease.

Officials reported 102 infections since Feb. 1 from among the 1.2 million people who have been fully vaccinated for the virus in the northwestern state.

Indonesia’s Transportation Ministry said early Wednesday that it had recovered the cockpit voice recorder of a Sriwijaya Air jet that crashed in January this year.

Also in Indonesia, a Daesh/ISIS terrorist who attempted to attack the national police headquarters in the capital Jakarta was shot dead by police.

A rare 16th-century portrait of Suleiman the Magnificent, the longest-reigning Ottoman sultan, fetched a hefty £350,000 ($481,000) sale price at an auction Wednesday in London.

The International Criminal Court on Wednesday acquitted a former Ivory Coast president and an ex-minister of all charges of crimes against humanity allegedly committed in 2010-2011.

Navalny demanded a full medical examination, saying he had back and leg pain that developed during his transportation to a prison colony.

Lebanon: 20 injured in clashes with protesters