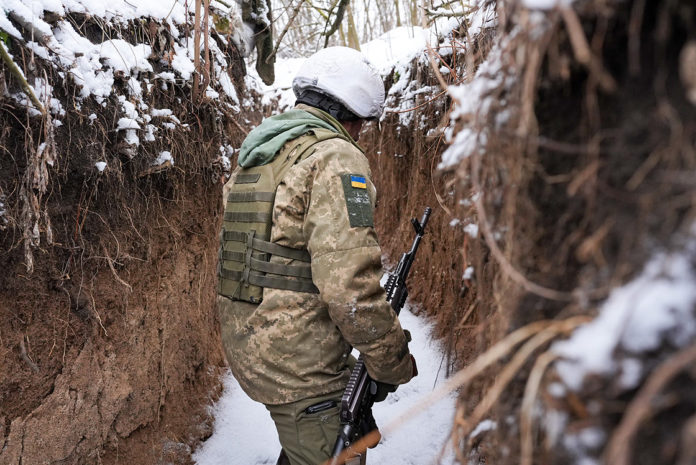 Zolote has been a flashpoint since 2014 armed clashes between Ukrainian troops and Russian-backed separatists in Ukraine’s eastern Donbas region.

Ukrainian troops stationed in the Zolote frontline were seen vigilant and they continued to monitor and patrol the area under harsh winter conditions.

Amid heightened tensions between Russia and the West, eyes have once again turned to the Russian-Ukrainian border and frontline territories.

While diplomatic efforts continue to de-escalate the tension, the world carefully monitors military activities along the border.

According to the UN, fighting between Ukrainian government forces and pro-Russian separatists in Ukraine’s Donbass region has seen more than 13,000 people killed since 2014.

* Writing by Ahmet Gencturk in Ankara.