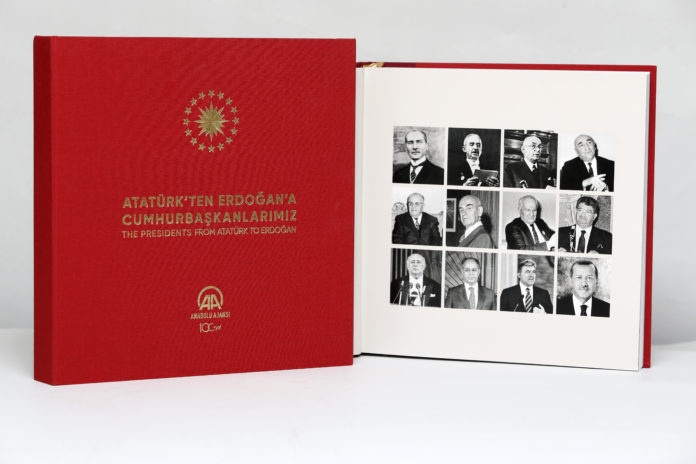 Titled Our Presidents from Ataturk to Erdogan, the album features photos showcasing successive Turkish presidents’ meetings with different leaders, their domestic and foreign visits, as well as their daily lives.

The book, which is the first of its kind in Turkey, was first presented to President Erdogan during a meeting with Anadolu Agency’s management as part of its centenary celebrations.

Its introductory chapter covers the Turkish War of Independence and the moment of Mustafa Kemal Ataturk’s election as President.

The chapter also includes information on the election of Ataturk’s successors and the periods they served.

Founded by Ataturk on April 6, 1920, the news agency publishes in 13 languages and covers news for nearly 6,000 subscribers from 100 countries.

Anadolu Agency publications are available for purchase in bookstores and online.