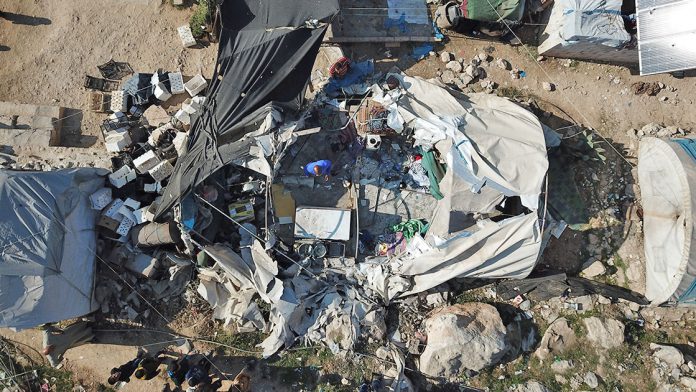 Anadolu Agency on Thursday captured footage of an internally displaced people (IDP) camp in Syria which came under attack.

The Qah camp in Idlib was hit by rockets on Wednesday by Iran-backed groups supporting the Bashar al-Assad regime in Syria.

The attack on the de-escalation zone killed 12 civilians, including children, and injured 40.

Ahmet Zidan, a resident of the camp, described the attack as a genocide.

“People fled in panic and others took refuge in the olive fields,” he said.

Another resident Abu Ammar said: “Regime forces started to bomb not just their homes but also