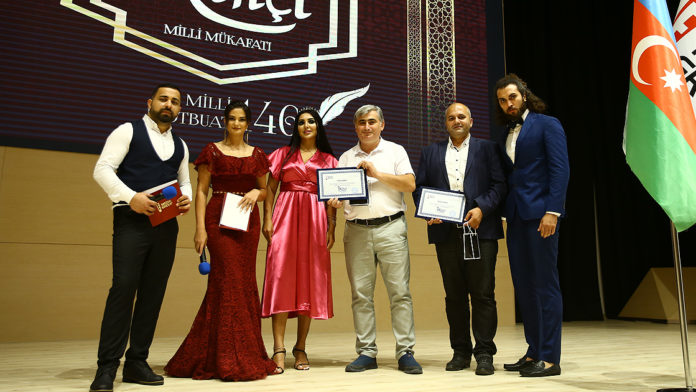 Anadolu Agency, Turkey’s top news source, was awarded in Azerbaijan on Sunday for its coverage of last fall’s liberation of Nagorno-Karabakh.

On the occasion of Azerbaijan’s National Press Day, Ruslan Rehimov, the agency’s correspondent in Azerbaijan, was awarded for his coverage of the Nagorno-Karabakh conflict, in which much of the region was freed from Armenian occupation.

Furthermore, the agency’s Russian news editor Ramin Abdullayev was awarded for his contributions in transmitting news on Turkey and Azerbaijan to Russian-speaking regions.

Relations between the former Soviet republics of Armenia and Azerbaijan have been tense since 1991 when the Armenian military occupied Nagorno-Karabakh, also known as Upper Karabakh, a territory internationally recognized as part of Azerbaijan, and seven adjacent regions

During a subsequent 44-day conflict which ended under a deal signed on Nov. 10, Azerbaijan liberated several cities and nearly 300 settlements and villages from Armenia’s nearly three-decade occupation.

Spain warned of rise in COVID-19 in nursing homes