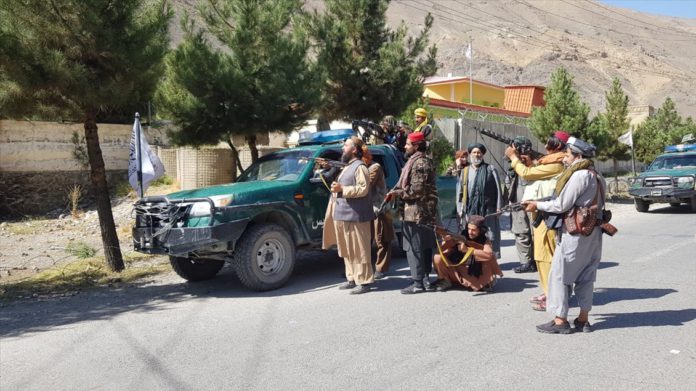 Anadolu Agency on Monday arrived at Afghanistan’s eastern Panjshir province as armed clashes resulted in the Taliban’s control over the area.

The Taliban, already controlling the 33 provinces out of 34 in Afghanistan, had announced earlier that Panjshir was also taken under their control and that the war in the country officially ended as of Monday morning.

Anadolu Agency, becoming the first among the international media reaching the area following the clashes, arrived at Bazarak, the provincial capital of Panjshir, where tens of Taliban fighters with armored vehicles were seen.

Holding the control of the administrative building of the province located at the center of Panjshir, the Taliban noted that the valley was completely cleared of National Resistance Front forces.

After the Taliban took over Kabul on Aug. 15, the National Resistance Front, led by Ahmad Massoud, the son of former anti-Taliban commander Ahmed Shah Massoud, put forward a set of demands regarding the new government to be formed. When the negotiations between the parties did not yield any result, the Taliban deployed their forces in Panjshir.

It is reported that both parties suffered heavy casualties during the armed clashes that lasted around a week.