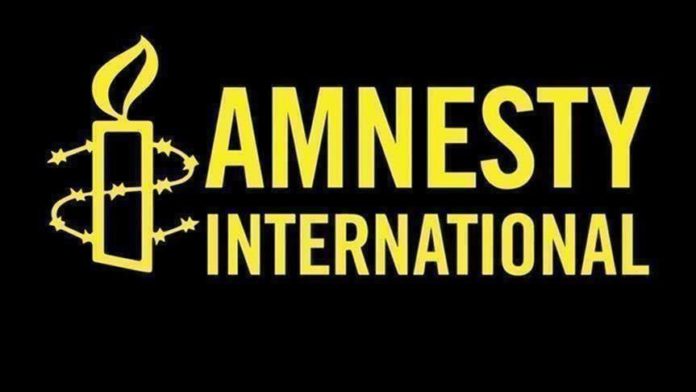 In a report marking the first anniversary of the law’s implementation, the rights watchdog said: “The NSL has decimated the city’s freedoms and created a landscape increasingly devoid of human rights protections.”

The Amnesty report In the Name of National Security contends the controversial new law gave the “authorities free rein to illegitimately criminalize dissent while stripping away the rights of those it targets.”

“In one year, the National Security Law has put Hong Kong on a rapid path to becoming a police state and created a human rights emergency for the people living there,” said Yamini Mishra, Amnesty International’s Asia-Pacific regional director.

Amnesty said between last July 1 and this June 23, Hong Kong police “have arrested or ordered the arrest of at least 118 people in relation to the NSL.”

In that time, it said, “64 people have been formally charged, of whom 47 are presently in pretrial detention.”

Mishra said: “From politics to culture, education to media, the law has infected every part of Hong Kong society and fomented a climate of fear that forces residents to think twice about what they say, what they tweet and how they live their lives.”

He added that the “sweeping and repressive legislation threatens to make the city a human rights wasteland increasingly resembling mainland China.”

The rights watchdog urged the Hong Kong government to “stop using its excessively broad definition of ‘endangering national security’ for the blanket restriction of freedoms.”

Last week, pro-democracy daily Apple Daily shut down in the face of intense government harassment, with several of its executives recently arrested and assets frozen under Hong Kong’s controversial law.

Many of the politicians who say they stand for democracy in Hong Kong have either been jailed or have fled the region.

“Analysis of court judgments, court hearing notes and interviews with activists targeted under the NSL,” said Amnesty, “shows how the legislation has been used to carry out a wide range of human rights violations over the past 12 months.”

It said the law’s “arbitrary application and imprecise criminal definitions effectively make it impossible to know how and when it might be deemed as violated, resulting in an instant chilling effect across Hong Kong from day one.”

Bejing dismissed the Amnesty International report as “nothing but malicious slanders and distortions.”

“No attacks or smears against the national security law can stop the trend of Hong Kong’s transition from chaos to order and from order to prosperity,” said Wang Wenbin, Chinese Foreign Ministry spokesman, according to Chinese daily Global Times.