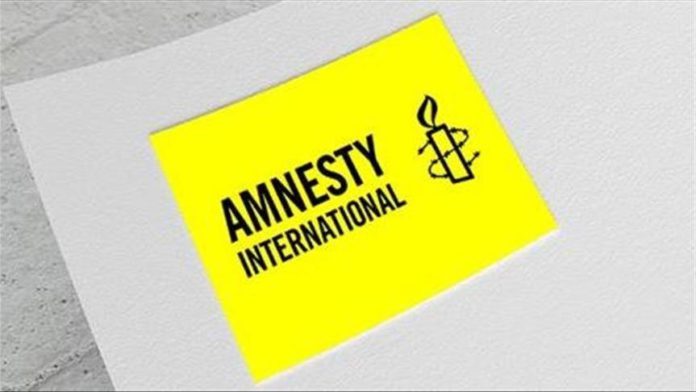 Amnesty International slammed Greece on Thursday for trying two dozen humanitarian workers in court on espionage charges related to their role in helping refugees enter the country between 2016-2018.

Among the humanitarian workers who were charged by Greek authorities were Syrian-born swimmer Sarah Mardini, whose sister Yusra was part of the refugee swimming team at the 2016 Olympic Games in Rio de Janeiro, German-national Sean Binder, a well-known refugee rights defender, and 73-year-old Dutch national Pieter Wittenberg.

Due to a travel ban imposed on Sarah Mardini, she has not been able to attend her own trail.

The court on Lesbos Island decided Thursday to adjourn the case involving the 24 humanitarian workers.

Reacting to the decision, Amnesty International argued that it leaves the lives of the workers in limbo.

“These trumped-up charges are farcical and should never have resulted in Sarah and Sean appearing in court,” said Giorgos Kosmopoulos, senior campaigner on migration for Amnesty International.

He on behalf of Amnesty International urged the Greek authorities to uphold their human rights obligations and to drop the charges against the defendants.

“We stand alongside Sean and Sarah and will continue campaigning until justice is fully delivered, their human rights are respected and upheld and all charges against them dropped,” he said.

The humanitarian workers were affiliated with Emergency Response Center International (ERCI), a non-profit search-and-rescue group that operated in Lesbos, which was then one of the hotspots of Europe’s refugee crisis with scores of asylum-seekers arriving daily on its shores from 2016 to 2018.

The defendants deny the charges against them, for which they could face up to 25 years in prison.

A report published in June by the European Parliament called the trial “the largest case of criminalization of solidarity in Europe.”