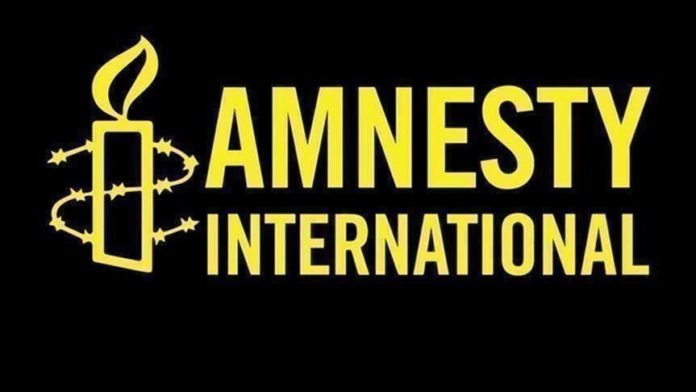 Amnesty said that the police allowed acts of violence and “urban paramilitarism” by armed civilians against demonstrators and human rights activists.

According to the human rights group “the violations of human rights and crimes under international law” committed by members of the security forces “are not isolated or sporadic acts, but rather respond to a pattern of violent action, aimed at inflicting fear and discouraging peaceful protest”.

The report also referred to the presence of military troops deployed by Colombian President Ivan Duque to the city of Cali.

“The presence of military personnel with more than six decades of training to respond to the armed conflict, in the streets of urban centers, far from giving a message of dialogue, fueled the protests,” the document states.

Cali was the epicenter of Colombia’s anti-government protests that lasted more than two months.

The third-largest city in the country has been in the middle of the crossfire for years. After the government signed a historic 2016 peace deal with the left-wing Revolutionary Armed Forces of Colombia (FARC), Cali remained with a heavy presence of armed groups fighting over the Pacific drug trafficking routes.

The capital of the department of Valle del Cauca, located in Southwest Colombia, is also characterized by inequality, and high rates of poverty. More than 370,000 people slipped in poverty in the city in 2020.

“It is therefore not surprising that Cali became the epicenter of the wave of demonstrations in recent months, and that the response to these protests was so violent,” said the report.

Protests were initially sparked by a tax reform proposal that the government was forced to withdraw a few days later. However, unions and students continued to take to the streets to protest against police brutality and to demand government action to close the inequality gaps that have been worsened by the coronavirus pandemic. ​​​​​​​