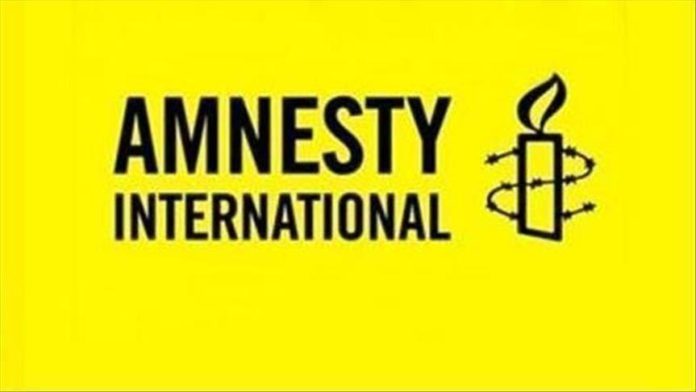 A global rights group called on presidential candidates in the Central African Republic (CAR) to protect and promote human rights as well as ensure justice for the victims of serious crimes.

In a statement on Wednesday, Amnesty International said that despite the authorities’ commitment under international law to end impunity for crimes committed over the past 18 years by the parties to the conflict, concrete progress remains to be made.

It said victims and their families continue to see those who killed, raped, and looted were walking freely and some of their leaders even holding official positions.

“We call, in the manifesto that we published, on the presidential candidates to reverse this situation and ensure that justice for the victims of serious crimes and their families is the rule, and not the exception,” Tity Agbahey, the Amnesty International campaigner for Central Africa, said.

On Tuesday, Amnesty International launched a human rights manifesto for the presidential candidates in the CAR to protect and promote human rights.

“The next president should immediately commit to taking strong action, including improving the quality of the criminal justice system, providing the Ministry of Justice with sufficient budget to do its job and by abolishing the death penalty as the Central African Republic has committed to before its peers,” the statement added.

The war-torn country will go to the polls on Dec. 27 to elect a new president.

The country has been wrecked by violence since Seleka rebels ousted then-President Francois Bozize in 2013, who rose to prominence during the rule of former dictator Jean-Bedel Bokassa.

Bozize’s failure to deliver genuine power-sharing, followed by his re-election in disputed 2011 polls, led to the offensive by the rebel groups.

Incumbent President Faustin-Archange Touadera, who has been in office since 2016, has repeatedly reiterated his commitment to preserving peace.

The CAR, which gained independence from France in 1960, has rich untapped deposits of gold, diamonds, and uranium.