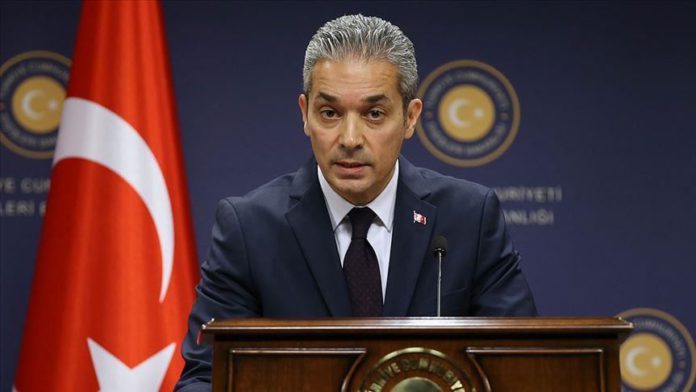 With the pact under threat, Turkey wants to see continuation of the Open Skies Treaty for global stability and security, the country’s Foreign Ministry said on Saturday.

“The Open Skies Treaty, which Turkey is a party to, is one of the main pillars of Euro-Atlantic conventional security architecture,” ministry spokesperson Hami Aksoy said in a written statement.

Signed in 1992, the Open Skies Treaty came into force in 2002 and allows nations to conduct military, unarmed, reconnaissance flights over each other’s territory to monitor military activities and ensure that no one is preparing for war.

About 35 nations are party to the treaty, including the US, Russia, Turkey, many European nations, and Canada.

On Thursday, Trump accused Russia of violating the treaty and said the US will pull out “until they adhere.”

“So, until they adhere, we will pull out, but there’s a very good chance we will make a new agreement or do something to put that agreement back together,” he told reporters at the White House.

“I think what’s going to happen is we’re going to pull out and they’re going to come back and want to make a deal.”

Moscow responded by saying that the decision was “a regrettable step, fitting into Washington’s line of destroying agreements on arms control.”

Russia denied US allegations that Moscow used information from observation flights in the US and Europe to target weapons located there.

“Russia will build its future policy towards the TOS [Treaty on Open Skies] based solely on national security interests, in close cooperation with its allies and partners,” said the Russian Foreign Ministry.