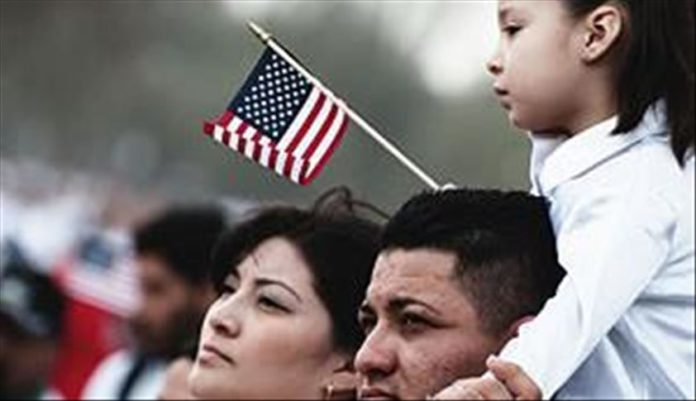 Alienated and targeted by US President Donald Trump’s somewhat divisive speeches against them and other ethnic groups, Hispanics are now the largest non-white electorate in the country, and their growing voting power may be decisive in the outcome of the Nov. 3 presidential election.

“Arrieros somos y en el camino andamos [We are muleteers and on the road we stride].”

Like the Mexican proverb says, we are all on the same road, and for those who have been dismissive and transgressive with others, their comeuppance will find them sooner or later — this time at the hands of politicized citizens eager for change.

In a couple of days, the 2020 presidential race will come to an end. Democratic nominee Joe Biden will face off against Trump, his Republican rival, for the country’s vote to win the presidency. A diverse array of eligible voters will decide the outcome of the election.

A growing yet highly politically polarized population, Hispanics play a significant role in the electorate climate. Of the total electorate base in 2020, Latin American immigrants account for around 13.3% of all registered voters. Latin Americans are expected to be the largest ethnic group to participate in the elections, with a total of 32 million Hispanics eligible to vote.

The Hispanic presence is most noticeable in larger states. For instance, California alone has 7.9 million Latin Americans who are eligible to vote. The Democratic-leaning state is home to 1.5 million Mexican immigrants whose partisanship seems mostly decided.

“Since he [Trump] first announced his candidacy for the Republican party, he has targeted ethnic minorities, calling Mexicans rapists and criminals. My parents migrated to this country in search of better opportunities for their family. They are not criminals!” said Karina Velazquez, a first-generation Mexican American living in California.

Karina is an outspoken Democrat who sees in the Democratic Party a real effort to help the most alienated of citizens. However, to a lot of Mexican Americans like her, Biden doesn’t appear to be an improvement over the conservative politicians common to the Republican Party.

But dissatisfaction over Trump’s presidency and a desire to see a more diverse and inclusive Democratic party has resulted in reluctant support for Biden by Latin Americans.

This predominance in the Latino vote is not only present in Democratic states. Well-known Republican-leaning states such as Texas have seen a substantial increase in the Latino population. To this day in Texas, Hispanics constitute 52% of all immigrant voters, while the state saw a 12% decrease in white non-Hispanic voters between 2000 to 2018.

Florida and Arizona, crucial states in the election outcome, have seen a notable increase in the Latino electorate. In Florida, for example, two in 10 (20%) of the state’s voters are Hispanic adults. In Arizona, meanwhile, 24% of all registered voters are Latino adults.

For the past 18 years, there’s been steady growth in the number of non-white eligible voters in the US, according to the Pew Research Center, with Hispanic voters experiencing the most significant increase in its voting population. Up to 39% of the growth in the nation’s voter population is attributed to Latin Americans.

The naturalization process and second-generation Americans’ immigrant children born in the US coming of age are the main reasons behind the surge in the number of Hispanics as eligible voters. In Texas alone, nearly 400,000 Hispanics turned 18 in the last two years.

But although Hispanics have been described as a “sleeping giant” and a decisive political force, Latino turnout seems to fall short from what is expected. General distrust in the government and disinformation are barriers that the Hispanic community faces in every electoral process.

“There are rumors of fake ballots, and most are afraid of casting a vote into the wrong ballot box. Disinformation is a big problem in the community’s turnout,” says Rosa Camargo, a Mexican immigrant who has been a US citizen since 2003.

These rumors do have a foundation. Recently, the California Republican Party has come under fire after admitting to placing more than 50 drop boxes for mail-in ballots in Los Angeles, Fresno and Orange Counties which were misleadingly labeled as “official.”

“Some people are discouraged by voting. They voted in the last elections hoping to prevent the election of Trump. Now they feel there is no point in casting a ballot if the result is going to be the same,” Camargo said.

Some 12.7 million Latino voters participated in the 2016 elections. While this did represent a remarkable increase from the 2012 polls, the number of Hispanics who voted was considerably lower than the 14 million Latino eligible voters who did not cast a vote.

Overall, the 2016 election outcome relied mainly on white voters, who accounted for 73.3% of the total votes. Hispanics, on the other hand, accounted for 9.2%.

As for the Latino turnout outcome, Hillary Clinton won 66% of the Latino vote, a broad advantage over the 28% achieved by Trump.

Biden’s support from the Hispanic community stems mostly from a negative perspective of the US’s current state under Trump’s presidency. In 2020, about 68% of Latino voters disapprove of Trump’s administration.

“Los cuentos no pagan las cuentas,” or “Tales don’t pay the bills,’ is the Spanish language slogan Biden has used to appeal to Latino voters as a way to contrast him with Trump.

Following the Pew Research Center’s survey, most Hispanics have become distrustful of Trump’s competence regarding the pandemic and economic policies. Only 29% of Latino voters say they believe Trump can handle the impact of the coronavirus outbreak.

On a similar note, one in three Hispanics rated the economy as excellent or good. Yet that’s lower than the share of overall voters (35%) in the US who perceive the economy in the same positive manner.

In battleground states where partisanship is notably significant, Democrats seem to be the party of choice among Hispanics. Out of all nine battleground states, Biden leads the Hispanic vote with 57% support from Latino eligible voters. Trump, on the other hand, has a reported 37% of support.

Trump’s bleak level of support from Hispanics extends to the most conservative of Latin Americans. Although Trump’s conservative and often religious speeches appeal to white Catholic voters, where the support of eligible white voters reaches the 59% mark, Hispanic Catholics seem to fade away from that demographic, with only 33% saying they will vote for Trump in the coming elections.

Still, over a third of Latino voters are planning to vote for Trump. This support is mostly expected from Christian conservative-oriented Republicans and independent voters who feel the Democratic party has strayed from its supposed ideals.

Susana Spiegel is a Mexican American born in the US who identifies as an independent. Nevertheless, she has expressed her support for Trump.

“When I heard Trump was running for president, I didn’t like him. However, I started to lose respect for the Democrats when I started to see they were politicizing racial issues and the coronavirus pandemic for their agenda,” she said.

Although partially disunited, Hispanics are the largest ethnic electoral force in the 2020 election landscape. They are millions of US citizens who feel neglected by Trump’s administration and are eager for change.