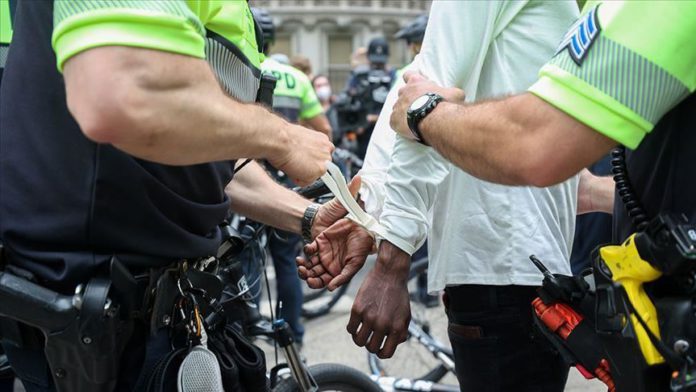 Dozens of American Muslim organizations joined Monday to the demands for changing policing practices in the US, after death of George Floyd under police custody last month.

“The victimization of unarmed Black Muslims has a long and troubling history,” said Muslim Advocates, a national civil rights organization, in a joint statement.

“Today, we are committing to take action in support of Black-led organizations on the front lines of this work. This is our fight,” the organizations said. “We join together to call for reform to our nation’s policing practices.”

The demanded reforms include establishing a federal standard that use of force be reserved as a last resort, prohibiting maneuvers that restrict the flow of blood or oxygen to the brain and the use of no-knock warrants, and lowering the legal standard to make it easier for prosecutors to successfully hold law enforcement accountable, among others.

“As American Muslims, we will draw on our diversity, our strength, and our resilience to demand these reforms because Black lives matter,” they added.

The statement was signed by 95 organizations, national and local, from nearly 30 states.

His death has prompted largely peaceful mass demonstrations that have continued more than two weeks across the US, though some have devolved into violence and looting.

Chauvin made his initial court appearance last week on charges of second-degree murder and manslaughter.