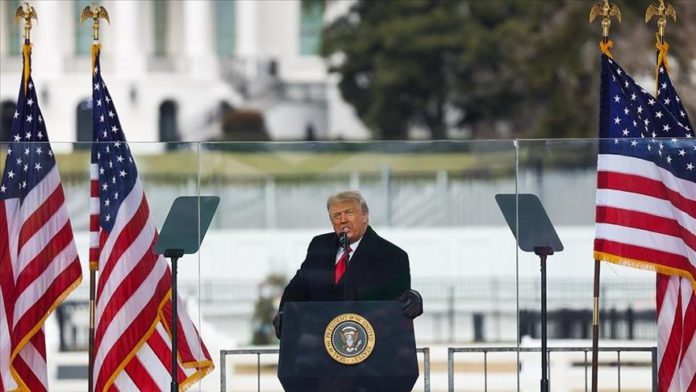 The US capitol breach became a top headline throughout the country Thursday, with media outlets commonly covering the “mob of Trump supporters” and images showing guns drawn in the building.

The New York Times led its daily issue with the headline, “Trump incites mob,” citing a Republican lawmaker describing the ensuing evacuations caused by the “rampage” as “part of his [Trump’s] legacy.”

The newspaper also called the Americans at the gates of the building, “the Trump era’s inevitable denouement.”

Also holding Trump responsible for the clashes, the Washington Post accused him of inciting the crowd to “acts of insurrection violence.”

“Senate rejects bid to void Arizona results after pro-Trump rioters disrupt Congress,” was the Wall Street Journal’s angle, referring to a rejected bid by some GOP lawmakers to overturn the state election results where President-elect Joe Biden was declared the winner.

It also mentioned the death of a woman shot by Capitol police, as well as the evacuation of legislators and others from the building.

Including the woman, at least four people died after the protestors breached the building.

The New York Post went for “Capital Invasion” as its headline, saying: “Guns drawn to protect House from mob of Trump supporters.”

For its part, the Los Angeles Times led its coverage with “Trump-incited mob storms US Capitol,” underlining the four deaths and the injury of “several officers, 1 rioter.”

Also, the Democrats’ landmark Georgia election victory and their resulting control of the Senate was reported across the press.