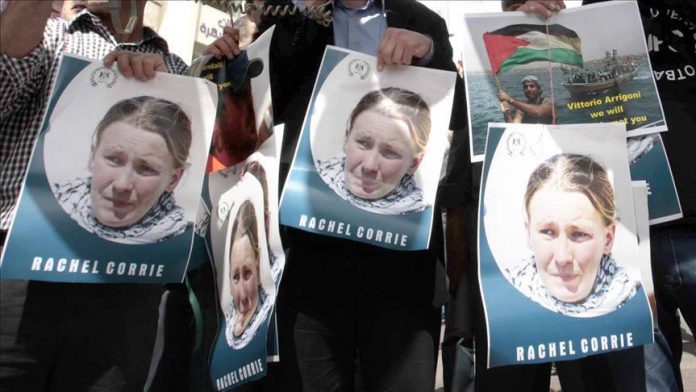 A 23-year-old American peace activist was remembered on Monday, 17 years after she was crushed to death by an Israeli bulldozer.

Rachel Corrie was killed on March 16, 2003 while staging a peaceful protest to protect the home of a Palestinian family from demolition.

#RachelCorrie became one of the top trending topics on Twitter on her death anniversary.

She was the youngest of three children of Craig and Cindy Corrie, who described their family as “average American, politically liberal, economically conservative, middle class”.