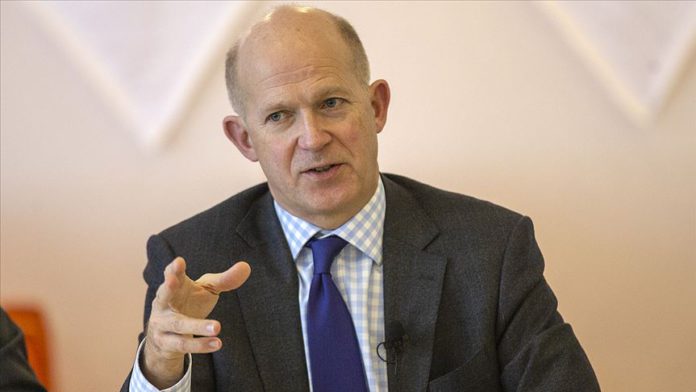 British media reports on personal protective equipment (PPE) purchased from Turkey, which were claimed to be “useless” after failing safety tests, “are not true”, the UK’s ambassador to Ankara said Thursday.

“Stories in the UK media that 400K items of PPE sent from Turkey are unusable are untrue,” Dominick Chilcott wrote on Twitter.

Echoing an earlier Downing Street statement, which also falsified various reports that the clinical gowns purchased from a provider in Turkey failed safety tests in the UK, Chilcott wrote only “a small number of gowns from a private supplier have failed tests.”

“But more gowns from that supplier have passed tests and are suitable for use in the NHS [National Health Service],” he repeated the Downing Street statement on the matter.

“We have received part of an order of around 400,000 gowns from a private supplier in Turkey. While a small number of these gowns have failed tests in the UK, more have passed tests making them suitable for use in the NHS,” a Downing Street spokesperson said in a statement.

“The majority of items ordered from the private supplier are awaiting testing in the UK and Turkish Warehouses,” the statement added.

The statement from British government came after some media reports suggested that hundreds of thousands of PPE, which were desperately required in the fight against coronavirus in hospitals across the UK and provided by a Turkish company last week, had failed safety tests and they were “useless”.

The claim was repeated all through Thursday by almost all main media organizations including state broadcasters BBC and SkyNews, as well as by local papers the Guardian and Financial Times, a day after the UK reached the worst death toll in Europe and the second-worst one across the world.

Chilcott also wrote: “The majority of that consignment is still awaiting testing in the UK& in Turkish warehouses.

“These garments are not connected to the Turkish government’s gift of PPE to the UK nor to the 68K coveralls which they provided when the order from the private company was originally delayed.”

Two weeks ago, the British government had made an announcement that 400,000 coveralls would be delivered from Turkey, however, the delivery had been delayed for days due to reasons originating from the private supplier. The delivery only became possible when Turkish government stepped in to eliminate delaying contractual problems.

Chilcott repeated his country’s gratitude to Turkey for the support.

“The UK government remains very grateful to the #Turkish government for its support of the UK’s requirements for PPE,” he wrote, echoing the government statement.

“The Turkish government have been extremely helpful to us throughout this process,” the UK said.

“They have expedited export clearances as well as helping us to source the PPE coveralls. This is on top of an earlier gift of PPE from the Turkish government.”

The death toll in the UK on Thursday reached 30,615 and it is feared that the fatalities could go up as high as 37,000 according to some estimates.

“There is no problem with medical supplies that are donated by Turkey or purchased from the country. All of them comply with international standards,” Turkey’s Deputy Foreign Minister Yavuz Selim Kiran told the Biz10 TV YouTube channel. 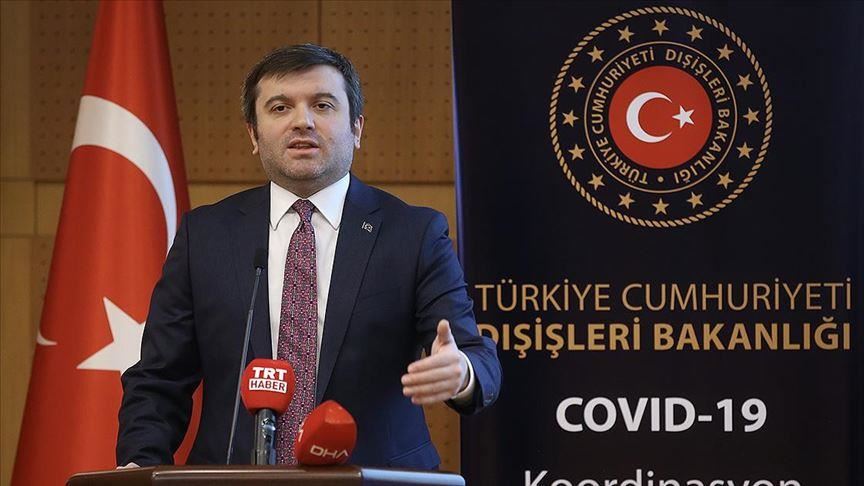 “There is no information or data conveyed to us officially,” he said. “We believe that the British authorities will fix this as soon as possible.”

“All medical supplies that were donated and provided to the UK from Turkey have CE and ISO certificates. And these documents were previously submitted to the British authorities,” the ministry said.

Selegna Textile, which sold the PPE to Britain’s NHS, denied the reports.

Mehmet Duzen from the Istanbul-based company said it contacted the NHS on Wednesday and did not receive any complaints.

“The test report of the fabric was received according to the European norms, sent to the customer, the certificates of the production sites were declared and the order was taken, the products were prepared,” Duzen said, reiterating there was no complaint.

* Fahri Aksut contributed to this story from Ankara