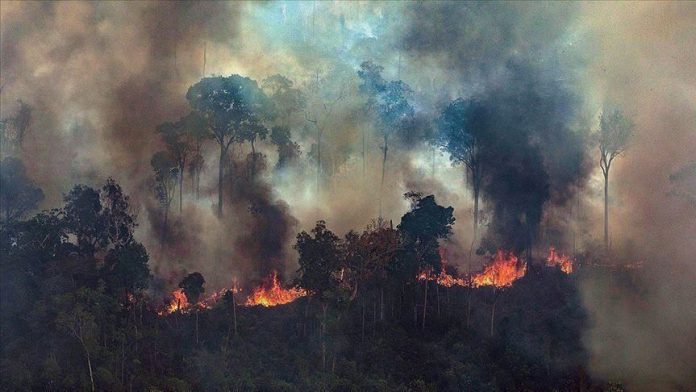 The deforestation of the Amazon rainforest — the “lungs of the earth”– by wildfires is untold destruction, not just for the Amazon but for the entire planet, according to the head of a nonprofit environmental group.

“The total deforestation recorded from January to November was 8,934 square kilometers [2.2 million acres], 83% more than in the same period of 2018 and an area almost the size of Puerto Rico,” Christian Poirier, the program director of Amazon Watch, told Anadolu Agency.

Saying there is strong evidence that this year’s fires in the Amazon are linked to deforestation, he noted that

Number of foreigners visiting Turkey jumped over 27% in year's 1st...