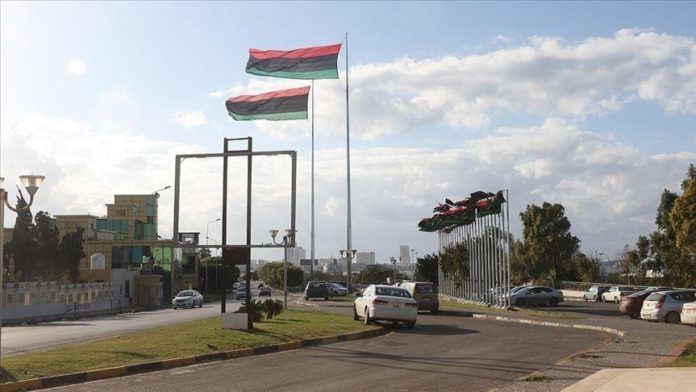 Thirty members of the Libyan Political Dialogue Forum have on December 14 threatened to pull out from the talks accusing the UN mission of “designing” positions for specific people, in reference to Aqila Saleh, the Speaker of the Tobruk Parliament.

The news, which risks putting the entire UN-sponsored political process in limbo, comes amid military maneuvers by forces loyal to warlord Khalifa Haftar.

Proposals made by the UN to reduce the percentage of voting inside the forum and adopt a new quorum to pass the mechanism for selecting the executive authority, have not received sufficient support so far.

The ongoing situation makes it difficult for the parties involved to reach a breakthrough in forming a government of national unity and a new presidential council.

Meeting between rival parliamentarians – those from Tripoli and Tobruk – scheduled on December 21 in the city of Ghadames aimed at electing a new parliament speaker have been canceled. The meeting, initially scheduled to take place on December 8, was postponed as a result of three MPs testing positive for coronavirus.

However, observers disputed that claim arguing that the matter was related to political pressure by Aqila Saleh, Speaker of the Tobruk Parliament, and Haftar’s militia on the deputies of the eastern (Cyrenaica) region for fear that the eastern region will lose.

On the other hand, MPs from the southern region (Fezzan) hope that the position of Speaker of Parliament will return to them, based on the principle of quotas of power-sharing as they expect the Presidential Council to come from the eastern region and the prime minister from the western region (Tripoli).

Since the ceasefire was agreed on last October 23, the Libyan army reported on several suspicious movements of Haftar’s militias near the contact lines, especially in the governorates of Sirte and Al-Jufrah.

Abdulhadi Drah, the spokesman of the Sirte-Jufra Operations Room told Anadolu Agency in an interview that “a Russian military cargo plane landed at Al-Qardabiya base in Sirte.”

Drah added that the army also spotted an “armed convoy containing 6 Tiger armored cars, 17 armed cars, and two trucks loaded with ammunition that headed from Al-Jufra to the south.”

“All this mobilization is a clear indication that Haftar’s militias do not want stability in Libya. Rather, they want war as a means to bring the general [Haftar] to power,” Drah noted.

On December 7, Haftar’s militia attacked a military camp in the southern town of Awbari, prompting the country’s Minister of Defense, Salahaddin Namroush, to threaten to withdraw from the ceasefire agreement in the country.

“We warn the UN and peace-supporting countries that if they don’t curb war criminal Haftar and stop his recklessness, we may withdraw from the 5+5 military agreement,” Namroush said in statements cited by the media office of the government’s “Volcano of Rage” Operation.

“We will consider the ceasefire invalid if Haftar launches any military action,” he warned.

With a stalemate in the political dialogue and suspicious military activities by forces loyal to Haftar, there is fear that war will resume as long as the political and military balance on the ground is disturbed.

According to political analyst Faraj Dardour, Haftar’s recent military moves can be explained in two ways: “First, he fears, in the event of political negotiations, that the Libyan government forces will advance towards him.”

The second aspect of the military moves, according to Dardour, is that “France, the Emirates, and Haftar are waiting for the development of discord and the occurrence of confrontations between some brigades in the western region”. This will provide Haftar with “a favorable opportunity to attack” to weaken the Turkish position and that of Al-Wefaq forces.

Such a move, according to Dardour, will alter the current balance which makes another round of war imminent.

On Oct. 23, the UN announced a permanent ceasefire agreement between Libya’s warring rivals during its facilitated 5+5 Libyan Joint Military Commission talks in Geneva.

Libya has been engulfed in a civil war since the ouster of late ruler Muammar Gaddafi in 2011.