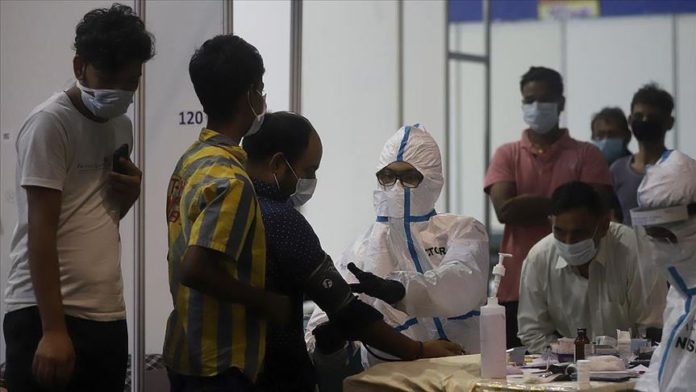 India Thursday witnessed another single day spike of 83,883 in new COVID-19 cases, sparking fear that the South Asian nation may soon become the worst-hit country in the world.

According to an update issued by the country’s Health Ministry, the nation has now a total of 3.85 million positive cases with 1,043 more deaths reported in the last 24 hours. The country has recorded a total of 67,376 coronavirus related deaths.

With the number of COVID-19 cases steadily increasing each day, India is approaching pandemic figures similar to those of Brazil, which is currently ranked second in the world.

The ministry also said that 1.17 million tests have been conducted in the last 24 hours, taking the number of total tests to over 45 million.

– Peak is round the corner

Health experts in India said the massive increase is related to the peak of virus in the country.

“I believe the peak of the epidemic curve of COVID-19 in India is round the corner,” Thekkekara Jacob John, Indian virologist and veteran vaccine researcher, told Anadolu Agency. “Post the peak, I think the numbers will start going down, until the epidemic transfers itself into endemic.”

John, however, said it is very difficult to predict the number of spikes the country will witness in the coming days.

Experts believed by the end of September India may even surpass the US — currently the worst-affected country worldwide.

“Before the end of the week, India will have second highest cases of COVID-19 in the world and by the end of September, may also cross the US tally to claim the pole position,” Himanshu Sikka, practice lead at IPE global, an international health care development consultancy, told Anadolu Agency.

“Luckily so far the severity of cases in India is not as bad as some of the other countries and health systems in our major cities have been able to face the storm of cases efficiently,” he added.

Sikka said as they are close to 4 million cases, awareness in smaller towns and villages is required. “Since these parts didn’t see much case surges in the first 4-5 months of lockdown, there is a misconception amongst people that the worst is over,” he said.

“This is resulting in a lot of people across the country lowering their guard, which can have devastating impact on the caseload and related complexities,” according to Sikka.

Liverpool have its best start to Premier League history