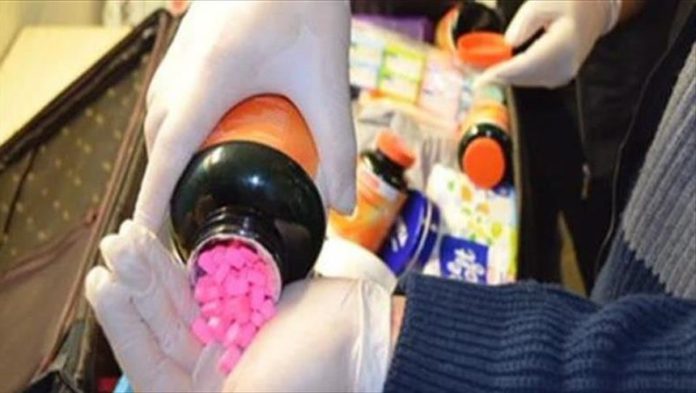 In the central Aksaray province, police confiscated 23,000 drug pills and 79.7 kg of marijuana when they stopped a car as part of anti-narcotics effort, said the sources who asked not to be named due to restrictions on speaking to the media.

Two suspects in the car were arrested and referred to a local court.

The court later remanded the suspects over charges of using and trafficking drugs.

Separately in the southern Hatay province, police stopped a suspected car and searched it with a sniffer dog to find 1,890 drug pills and arrested two suspects in the car.

Crackdown on drugs, has, over the years, helped Turkey deal with narcoterrorism, or profits for terrorist groups from the illegal trade.

Intel report says Afghan government to collapse 6 months after US...