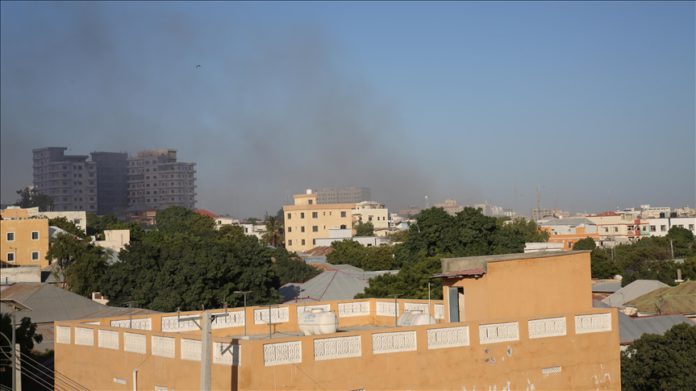 At least two children were killed in southern Somalia as a mortar shell allegedly fired by Ugandan troops serving under the African Union peacekeeping mission forces (AMISOM) struck their house on late Saturday, an official and local media reported.

According to Garowe Online, a news website, three people, including a woman, were injured in the incident that took place in Mushaani village near Janale, former Al-Shabaab bastion in Lower Shabelle region.

When reached for comment, AMISOM neither confirmed nor denied the incident.

Meanwhile, at least three policemen were wounded on Sunday in a bomb blast in the vicinity of Arbiska, on the outskirts of the capital Mogadishu.