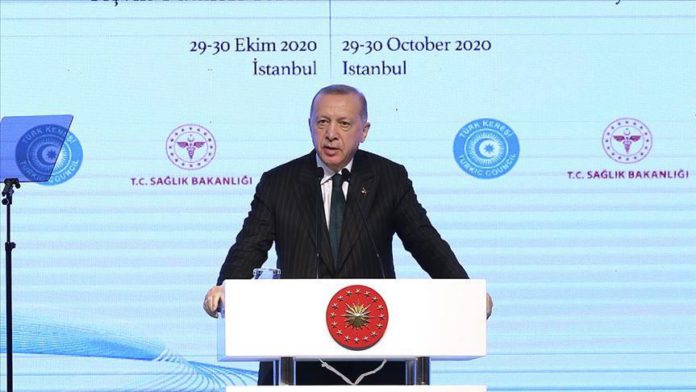 Turkey has mobilized all the means available to help people affected by the Friday’s powerful earthquake, the country’s president said.

President Recep Tayyip Erdogan said the government, together with ministers and all institutions, is making all efforts to save people, who have been under the rubble of collapsed buildings, and to help everyone affected by the shock.

“We have mobilized all the means available for rescue efforts to be concluded as soon as possible,” he said.

At least 12 people were killed and 522 others injured when a magnitude 6.6 earthquake jolted the city of Izmir on the Turkish Aegean.

“Among the wounded, five are in surgery, eight are in intensive care units. Right now, search and rescue operations are taking place around 17 [damaged] buildings,” Erdogan said.

The Turkish Red Crescent sent 48 staffers, 16 vehicles, and three mobile field kitchens which have the capacity to serve over 25,000 people.

It also said emergency aid of 5 million Turkish liras (around $600,000) was sent to the region by the Family, Labor and Social Services Ministry.

AFAD said that another earthquake, magnitude 5.1, hit the Aegean Sea, 20 kilometers (12.4 miles) off the Kusadasi district of Turkey’s Aydin province.