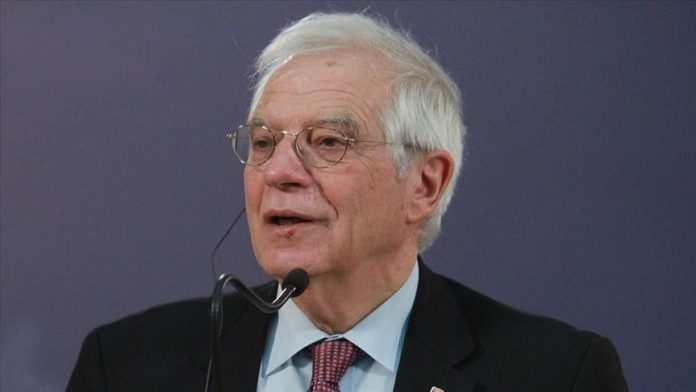 The EU supports the right to peaceful protest, and it condemns violence and all forms of racism, EU foreign policy chief Josep Borrell told a news conference on Tuesday.

“All lives matter, black lives also matter,” Borrell stated, referring to nationwide protests in the US following the death of an African-American man, George Floyd, in police custody.

He described the circumstances of the unarmed man’s death as “shocking.”

“All societies must remain vigilant against the excessive use of force” and ensure that people in charge of public order do not exercise their authority the way they did in the case of Floyd, he urged.

Borrell also said the incident needs to be investigated “effectively in full respect of the rule of law, human rights, and freedoms.”

At the same time, the EU foreign policy chief called for a de-escalation of tensions in the US.

A week of protests, both violent and peaceful, followed the posting of video showing Floyd, 46, an unarmed black man, being pinned down in Minneapolis, Minnesota by a white police officer.

The police officer knelt on his neck for nearly nine minutes even though Floyd appeared to lose consciousness.