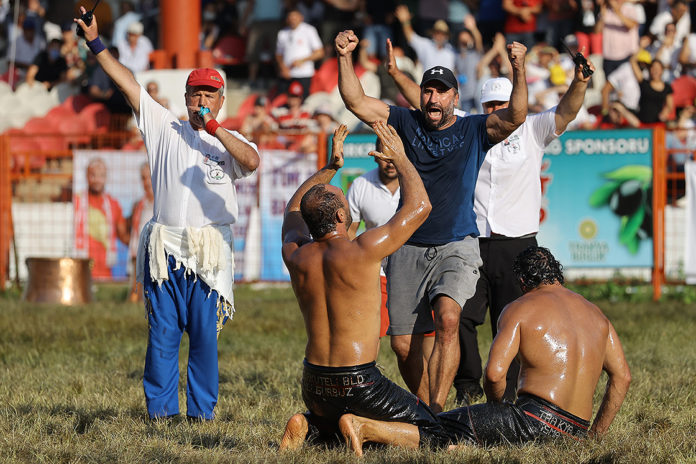 Gurbuz also wins the title of Baspehlivan — the chief wrestler — for the second time in a row, with four times in total.

He will wear the prestigious golden belt for one more year.

In oil wrestling, the wrestlers wear leather pants, rub olive oil on their bodies, and tackle each other on the grass field until the last man standing clinches the title.

The three-day event was added to UNESCO’s Representative List of the Intangible Cultural Heritage of Humanity in 2010 on behalf of Turkey. 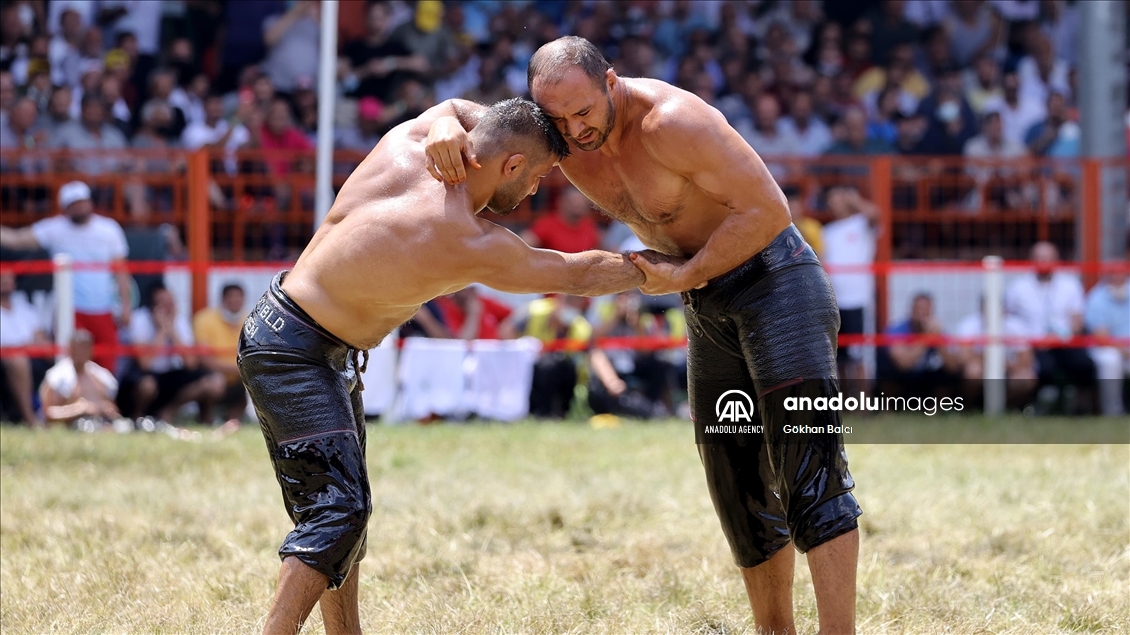 EDIRNE, TURKEY – JULY 11: Wrestlers Ali Gurbuz (R) and Serhat Gokmen (L) compete during their quarter-final competition for chief wrestler on the third day of the 660 Kirkpinar Oil Wrestling Festival held at Sarayici field of contest in Edirne, Turkey on July 11, 2021. The Kirkpinar Oil Wrestling Festival, is one of the world’s oldest sports events and has been held annually in the province since 1362, with wrestlers engaging in a physical and mental struggle without the use of any equipment. ( Gökhan Balcı – Anadolu Agency )