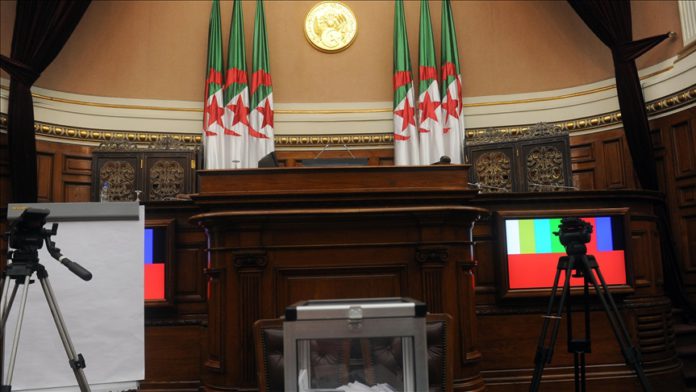 The Algerian presidency announced on Wednesday the formation of a new government headed by Prime Minister Ayman Ben Abdelrahman.

The 33-member Cabinet is entirely made up of parliamentary blocs that support the policies of President Abdelmadjid Tebboune.

As many as 17 former ministers have retained their positions. President Tebboune kept the defense portfolio while Premier Abdelrahman, who was finance minister in the previous government, will remain in charge of finance.

The parliamentary elections were Algeria’s first since the departure of late long-serving President Abdelaziz Bouteflika, who stepped down in April 2019 after mass protests against his 20-year rule.

The government is set to write its work program and submit it to parliament for debate and approval.

If the parliament rejects the government’s program, President Tebboune will assign a new “first prime minister” to form the government.

In case the government program is rejected again, the president will dissolve the parliament and call for elections within three months.

The new government faces an uphill task of fixing the North African country’s struggling economy, which has been exacerbated by the coronavirus pandemic, as well as a fall in oil prices.