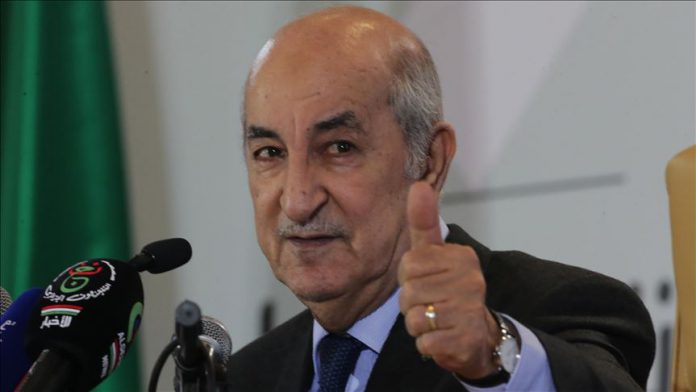 Tebboune was elected president in a presidential election held on Thursday to succeed Abdelaziz Bouteflika, who resigned in April after mass protests against his 20-year rule.

In a speech on Friday, Tebboune said he was ready to engage in dialogue with protesters, pledging “major changes” to the country’s constitution and election law.

Tebboune’s speech was “inclusive that would help reduce tension and open up horizons for dialogue and reconciliation,” the Movement of Society for Peace said

2 US congressmen test positive for coronavirus

Bosnia: Dayton Agreement should be revisited