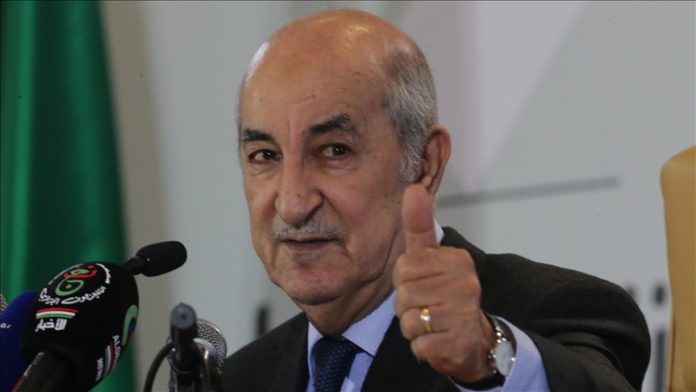 On June 12, Algeria held parliamentary elections, for the first time since the 2019 resignation of former President Abdelaziz Bouteflika, who ruled the country for two decades under pressure of popular protests.

On Thursday, Tebboune accepted the resignation of the government of Abdelaziz Djerad, in preparation for the formation of a new cabinet.

“In accordance with the provisions of the constitution, in particular Article 91, paragraphs 5 and 7 of it, today, the President of the Republic, Mr. Abdelmadjid Tebboune, appointed Mr. Ayman Ben Abdel Rahman as Prime Minister (head of government),” state television said.

Tebboune instructed Ben Abdel Rahman to “continue consultations with political parties and civil society to form a government, as soon as possible.”

Known for being a technocratic non-partisan figure, Ben Abdel Rahman has been the finance minister since June 2020. He had previously served as governor of the Central Bank of Algeria.

Algeria’s ruling party National Liberation Front (FLN) was the winner of this month’s general elections, gaining 98 seats in 407-seat parliament, although no party secured a majority in parliament.

Independents won 84 seats and the Islamic-leaning Movement of Society for Peace 65, while the pro-regime Democratic National Rally party won 58 seats.

The Future Party secured 48 seats, while the National Building Movement won 39 seats, followed by the Justice and Development Front party with two seats.

With these results, a coalition of at least three parliamentary blocs is required to form a majority in parliament for 204 seats.

Vans, planes spread US awareness of coup bid in Turkey