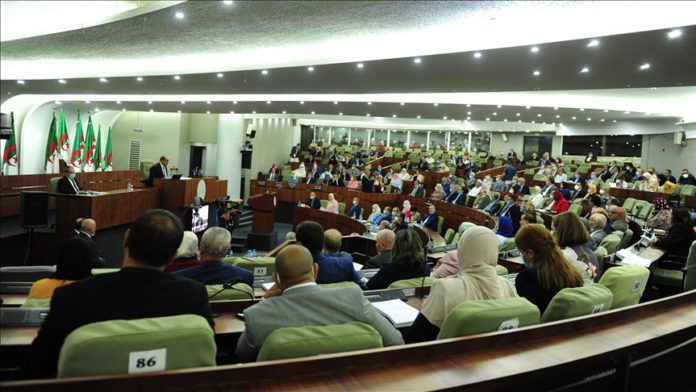 Several calls rose in Algeria recently against what they said “suspicious meetings” conducted by French Ambassador to Algeria Francois Gouyette, and accused him of interfering in the Algerian domestic affairs at a time Algerian President Abdelmadjid Tebboune is absent receiving medical treatment.

Algerian lawmaker Amira Salim, from the Democratic National Rally, condemned in a statement Thursday evening the moves and behaviors of the French ambassador.

“The French ambassador is taking advantage of our political vacuum to spread chaos and incitement, No for the transitional period whatsoever the cost is,” lawmaker Salim said.

The transitional period terminology rises in Algeria when there is a political crisis by which it implies dissolving the country’s elected institutions and replacing them with a Constituent Council that drafts a new constitution before running another presidential and parliamentary elections.

She added that Gouyette received in his embassy officials publicizing for a transitional period in Algeria under the pretext of freedom to political expression.

“I call upon the Foreign Minister to summon the French ambassador and to protest over his unacceptable behaviors,” Salim said.

Algeria is stalled as Tebboune has been absent for more than a month receiving medical treatment in Germany against coronavirus, according to a statement by the Algerian presidency.

Lawmaker Kamal bin Al-Arabi, from the National Liberation Front, also expressed concern over the acts of the French ambassador.

“I call on the authorities including the Foreign Ministry to intervene and to probe this case and its suspicious acts, whereas such case relates to the Algerian state sovereignty,” Bin Al-Arabi wrote on Facebook.

Since the Algerian independence in 1962 from the French colonization, the official relations between Algeria and France remained heightened as the latter refuses demands by Algeria to apologize and compensate over crimes committed against the Algerian people, including nuclear experiments.