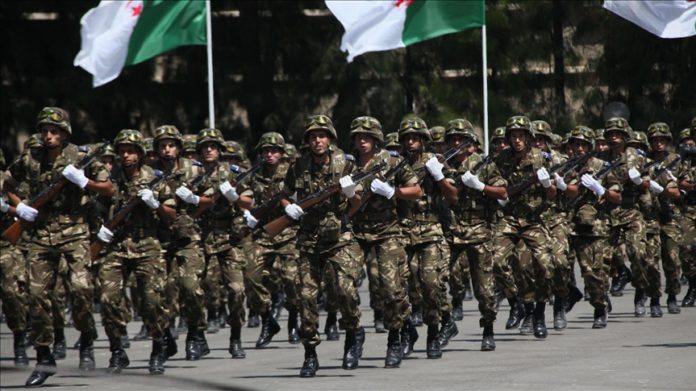 The Algerian army carried out a live-fire drill near the Libya border on Wednesday, according to the country’s Defense Ministry.

The ministry said in a statement that the exercise, code-named “Nasr (Victory) 2021”, saw the participation of air and ground military troops and units of special forces.

According to the statement, the military drill aims to assess the combat preparedness of the Algerian forces.

On Tuesday, Army Chief of Staff Said Chengriha visited the border area with Libya, saying that his country “will not accept any threat or intimidation”. He also vowed that Algeria’s response would be “harsh and decisive” against any attempt to harm the country’s reputation, security, and territorial integrity.

Last week, Libyan renegade general Khalifa Haftar sent his militia to the southern border area with Algeria and declared it a military zone on the pretext of pursuing terrorists and expelling gangs of African mercenaries.

Haftar’s move came a few days after Algerian President Abdelmadjid Tebboune said that his country was going to intervene to prevent the fall of the Libyan capital, Tripoli, in the hands of mercenaries.

In February, a UN-led Libya forum voted on an interim government, choosing Mohammed al-Menfi as the head of Libya’s presidency council and Abdulhamid Dbeibeh as the country’s prime minister.