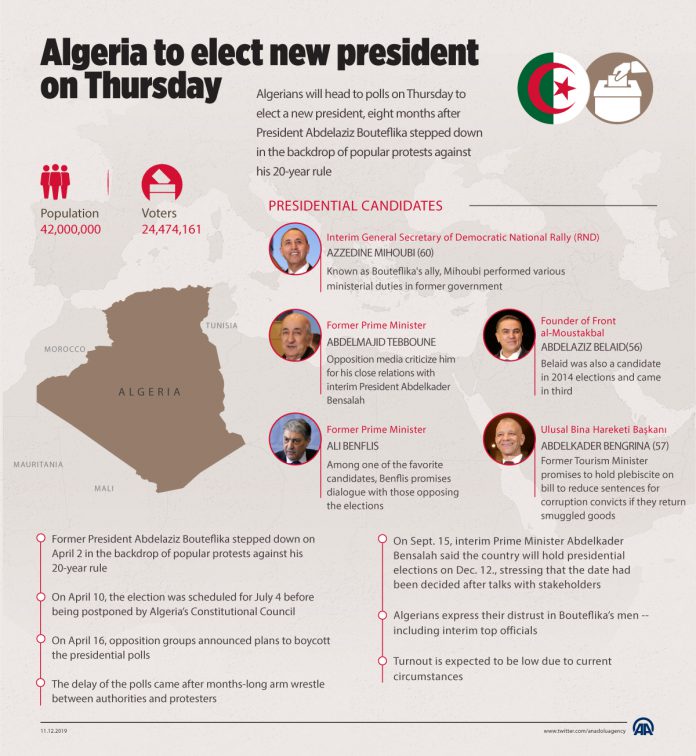 Algerians will head to polls on Thursday to elect a new president, eight months after President Abdelaziz Bouteflika stepped down in the backdrop of popular protests against his 20-year rule.

In February, the country’s ruling National Liberation Front (NLF) nominated the 82-year-old Bouteflika, who has ruled Algeria since 1999, to run for a fifth term in office.

After Bouteflika declared his candidacy on March 3 and gained support from the regime’s leading parties, people started to take to the streets against the decision.