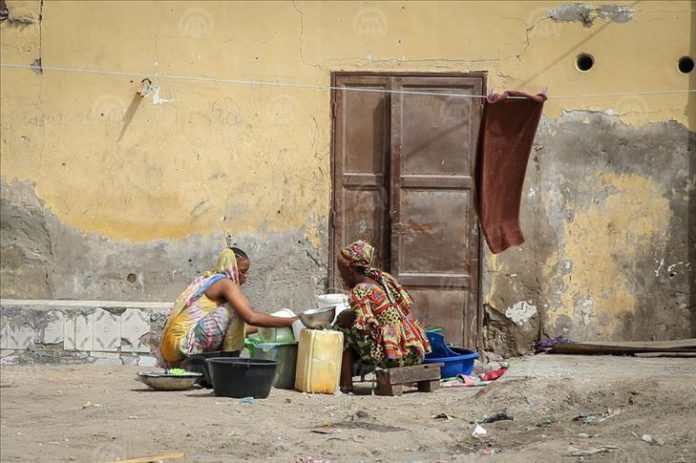 Algeria announced Sunday that it is sending 60 tons of food and medical aid to refugees in Western Sahara.

Following tensions at the Guerguerat border crossing between Mauritania and Western Sahara, two Algerian Air Force aircraft delivered 60 tons of aid including food and medical supplies to the refugees, the Algerian Foreign Ministry said in a statement.

Abdelkader Taleb Omar as the Ambassador of the Sahrawi Democratic Arab Republic and Agostino Mulas as the Algerian representative of the United Nations High Commissioner for Refugees (UNCHR) were present during the transfer process, the statement said.

The process was led by the Algerian Red Crescent, it said.

According to UNHCR data, there are about 165,000 Western Saharan refugees in the Tindouf region in southwestern Algeria.

The Algerian administration is supporting the pro-independence Polisario Front.

The Polisario Front had launched an operation against the recent “dangerous incitement” at the Guerguerat border crossing in Western Sahara, the Moroccan Foreign Ministry said in a statement on Nov. 13.

Occupied by Spain until 1975, Western Sahara — a large territory in southern Morocco — has remained the subject of a dispute between Morocco and the Algeria-backed Polisario Front for more than four decades.

The Polisario, a national liberation movement that wants to end the Moroccan presence in Western Sahara, has long called for a popular referendum to decide the region’s political fate.