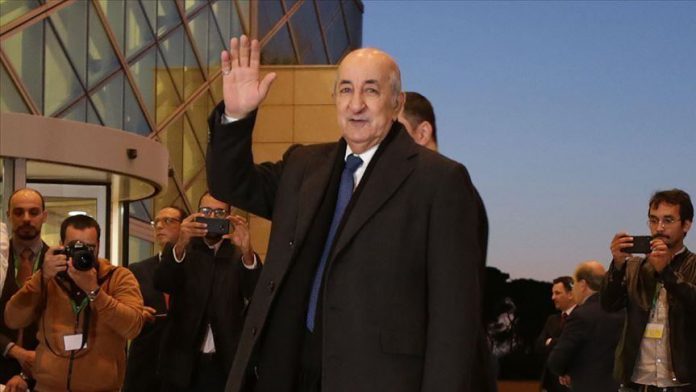 Algerian President Abdulmadjid Tebboune will participate in an international conference in Berlin on the Libyan crisis this month, according to the country’s Presidency.

Tebboune was invited by German Chancellor Angela Merkel during a phone call on Monday to attend the Jan. 19 conference and he accepted the invitation, the Presidency said in a statement.

Meanwhile, Foreign Minister Sabri Boukadoum is set to start a Gulf tour on Tuesday that will take him to Saudi Arabia and the United Arab Emirates (UAE) for talks on the Libyan crisis.