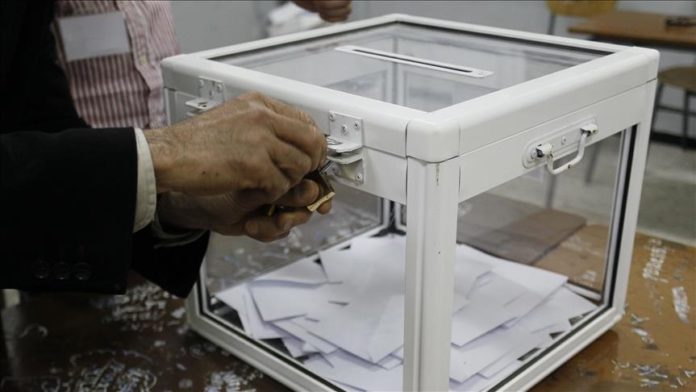 Islamist opposition leader Abdullah Djaballah believes that the June 12 parliamentary elections in Algeria could be an “important tool for change” in the North African country.

“The elections could be an important tool for change if they are conducted in a free and fair setting,” Djaballah, the leader of the Justice and Development Front, told Anadolu Agency.

The polls come as part of a roadmap announced by President Abdelmadjid Tebboune on Dec. 19, 2019, following the resignation of Abdelaziz Bouteflika in April of the same year amid protests against his rule.

Last month, Tebboune dissolved the National People’s Assembly, the lower house of the parliament, and called early parliamentary elections in an attempt to calm down protests in the country.

The upcoming vote will witness, for the first time, the adoption of an open list system for selecting candidates under a new election law adopted by Tebboune.

The open list system allows voters to arrange the candidates within the same list according to his/her preference. On the contrary, the closed list forced voters to choose the list based on the arrangement set by the party.

The latest figures by the Supreme Elections Authority show that about 10,000 potential candidates distributed among the independent parties and lists have withdrawn their candidacies since the start of the process in mid-March.Alliance of Islamists?

Commenting on the possibility of establishing an alliance of Islamists in the elections, Djaballah ruled out the formation of a “big” alliance but expected some “form of coordination”.

The law requires independent lists to collect 100 signatures for each seat in the electoral district.

“Everyone is currently interested in the issue of collecting signatures,” Djaballah noted, adding that partial coalitions are possible but said the final decision on the matter is left to the National Shura Council.

A number of opposition parties and activists had previously announced their refusal to go to early parliamentary elections until an agreement on a comprehensive political roadmap in the country is reached.

On Feb. 22, protesters resumed their rallies across Algeria demanding “fundamental changes in the ruling system” and accusing the authorities of using elections as a pretext to “jump over the real demands for change”.

Djaballah believes everyone has “the right to go to the streets and demand their rights” if authorities violate them.

He argues that the popular movement must have a clear vision of what they want and its leadership should be “strong, effective and honest” if it hopes to be successful.

Djaballah blamed the authorities for exploiting the word “people” while conspiring against them, including aborting the revolution.

In February 2019, Algerians went to the streets demanding the regime to leave. According to Djaballah, by ensuring the continuation of its institutions, the regime “deluded” the people and was not “sincere” to their demands.

He criticized the popular movement for lacking a “clear vision” and for mistrusting each other, something the regime exploited to its advantage.

He also criticized the constitutional amendments approved last November, which were hailed by Tebboune as a “cornerstone” in building the so-called “a new Algeria”, as “mere slogans” that will not lead to a “real democratic transition.”