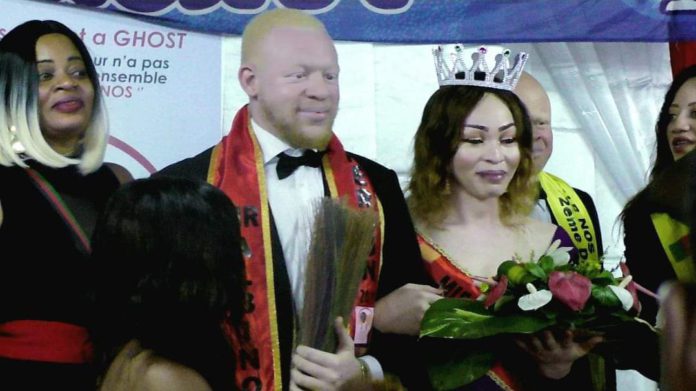 Marking International Albinism Awareness Day, the founder of an albino group, a beauty queen, and a telecom worker in Cameroon shared their experiences and achievements with Anadolu Agency in a society where they face many obstacles.

Etienne Marcel Mbia, who works at a telecommunications firm in the Central African country, complains of suffering injustices at work. Despite boasting skills and diplomas greater than numerous colleagues, he says he is always left behind.

The father of two children, both also albinos, Mbia is committed to working for better conditions for albinos so that his children do not face these injustices in the future. On social media, he continually addresses grievances to the national authorities and also to his compatriots to raise awareness.

Mbia’s social life is also complicated. Many people shun him but later come closer out of interest. With his modest standard of living, he manages to drive his own car everywhere despite being openly called “blind behind the wheel” by other motorists.

“And yet I have never caused any accidents compared to other sighted drivers who commit accidents on a daily basis. So who is ultimately blind?” Mbia wonders. 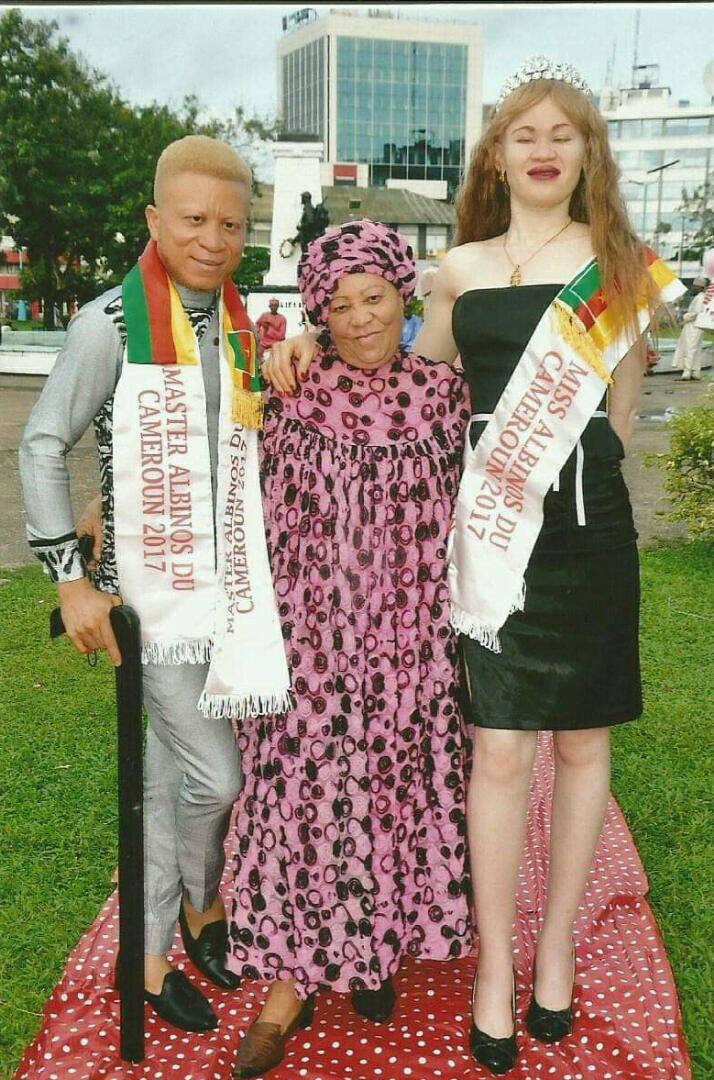 Despite this, he is happy to have been well looked after by his family, but also thanks to his personal efforts.

He says he has never felt sorry for himself, and never accepts to be belittled or to have his dignity trampled on by being frustrated at the slightest blow.

“I’m proud of what I’ve done to make a place for myself. But many people don’t see the efforts of albinos, nor their courage, let alone their drive and determination. Instead, they see the witchcraft behind our successes. They make a mockery and create a lot of crazy stories,” he says.

Courage is what Marie Wafo has shown since her childhood as an albino. Now head of the Association of Albino Women of Cameroon and creator of the Albino Beauty Contest, as a youngster she fought verbally and even physically against those who insulted her. She always considered herself a very beautiful woman. She believes albinos are capable of as much as black people and even more.

This is what she did to prove to everyone in the world through her association and the annual competition she organizes in Cameroon. 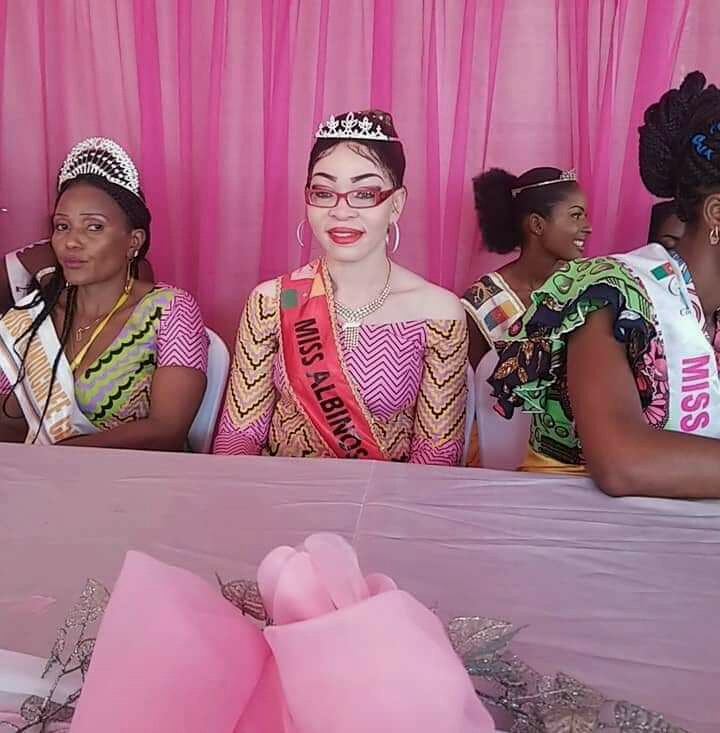 The idea came to her when she noticed she was the only albino in a women’s group organizing International Women’s Day. For Marie, a beauty contest is a good opportunity to raise awareness and value albinism. She is convinced that after six editions of the contest, perceptions of albinism have changed and albino beauty is now better perceived.

In the universe of beauty supported by Marie Wafo, we find the current Miss Albinos Cameroon: Anastasie Ntogo, a young woman who is used to beauty contests. She has already been a finalist in the biggest national beauty contest, even if she didn’t win the first place.

Working to stand out and be the best in everything reflects her daily life since her childhood.

“It’s a way for me to prove to everyone that you don’t have to be black or albino to be able to compete. It’s also a way for me to show what I can do and how I can make an impact on the public as an albino. I want to inspire others like me to excel in all areas,” she explains. 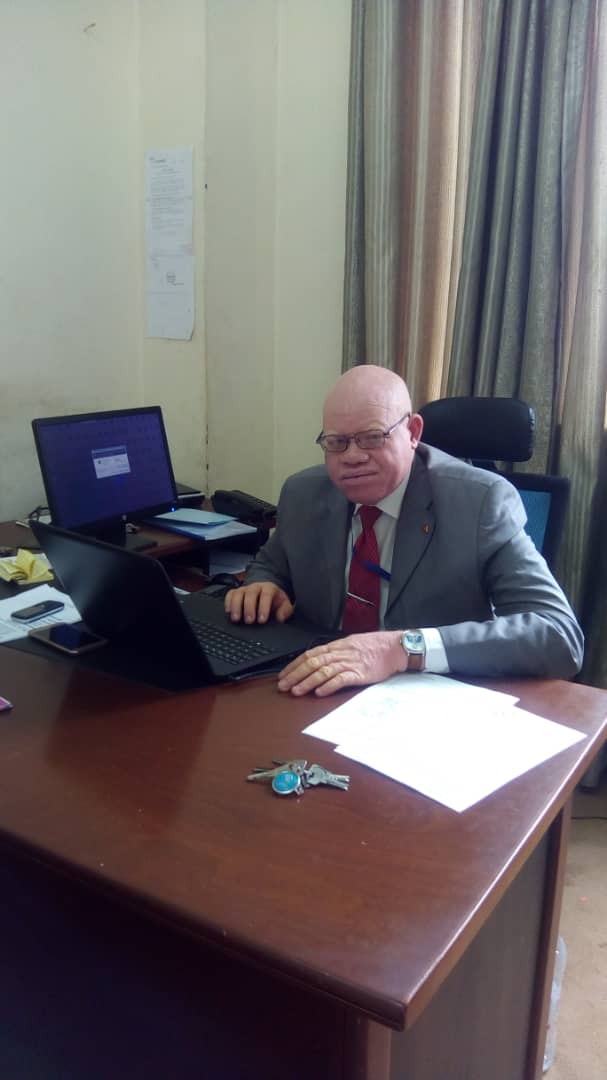 To build this fighting personality, the young woman born into a lovely family had to face a harsh outside world. Her little classmates insulted her. But thanks to good grades and a well-groomed appearance, she won the sympathy of everyone.

As a teenager, she says she heard all kinds of prejudices.

“Most of them were hurtful words, such as Ngueguerou, which means white or blonde from Africa. I was also called a ghost and so many other things expressed in a pejorative way in vernacular languages,” she says.

“I had to raise my self-esteem higher. I kept my logic to always be the best, to always be brilliant, and to never let myself be beaten. I have thus aroused the admiration of many people and this is what has forged the person I am today,” rejoices the miss.

On the front lines of albinism awareness, Marie Abena – not an albino but the creator of albino dolls in Cameroon – also contributes to this fight.

She joins many other actors committed to this cause. For her part, she notes that perceptions are changing about albinism in her country, thanks to many awareness-raising efforts.

The Cameroonian government has also developed a national center for disabled people’s rehabilitation. It deals with those often ostracized, including disabilities due to skin color such as albinism. But many observers today continue to deplore treatment of albinos in the country.