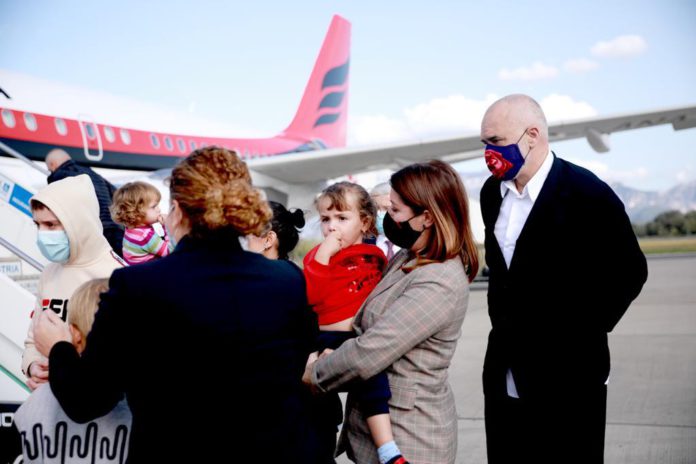 Five Albanians who had been living in a Syrian camp for families of militants fighting in Syria and Iraq returned home Tuesday as part of an operation carried out by Albanian and Lebanese authorities.

After traveling to the Lebanese capital Beirut to oversee the operation, Albanian Prime Minister Edi Rama and Interior Minister Sander Lleshaj flew back home with the four Albanian children and woman who were in Al-Hawl camp in northern Syria.

Noting that other children in the camp have been identified, Rama said they will also be brought back to Albania soon.

He said Albania does not have relations with the Bashar al-Assad regime, but their permission was needed for their passage, adding the operation was led by Lebanon’s General Security Chief Abbas Ibrahim.

Rama did not disclose the number of Albanian children who went to camps in Syria with their families a few years ago and are still there.