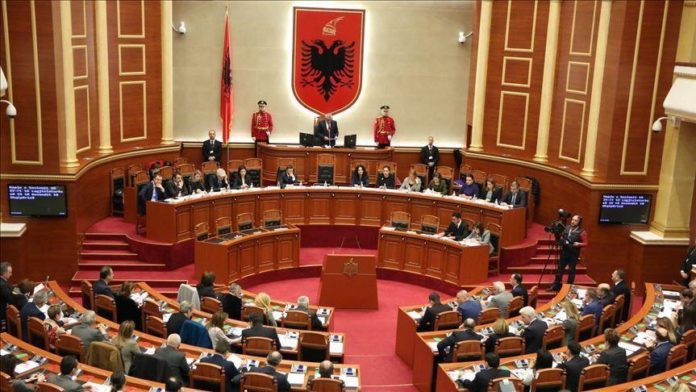 “Today I handed in my resignation to PM Rama as Acting Minister for Europe & Foreign Affairs. This was it, my friends: for various reasons. I thank you for the entire cooperation we have had,” Gent Cakaj tweeted.

“I leave with enduring gratitude to have had the opportunity & honour to serve Albania and its great people.”

In a separate statement on Facebook, he said since Albania “is on the verge of an election campaign, where I do not intend to engage as a candidate for MP, I consider that the chapter of my service at the head of Albanian diplomacy is over.”

Parliamentary elections in the southeastern European country are expected to be held on April 25, 2021.

In the statement, he said that during his time in office, Albania successfully completed the chairmanship of the Organization for Security and Cooperation in Europe, initiated accession talks with the European Union, and increased its presence in the Western Balkans.

Following Cakaj’s decision, the premier proposed Defense Minister Olta Xhacka as his replacement, and Niko Peleshi for the post of defense minister.

Borsa Istanbul up at Tuesday close