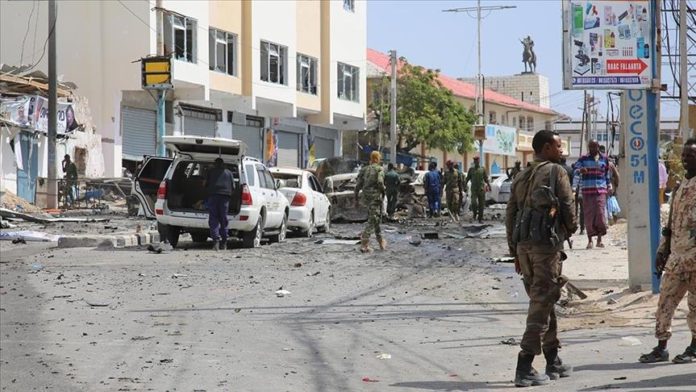 At least eight people were killed in the Friday evening blast at a popular ice-cream parlor frequented by foreigners and government officials.

The group, through its allied propaganda media stations in Somalia, claimed the attack was “successful and well executed,” saying it was aware that US Defense Secretary Christopher Miller was in the city to meet military officials.

There was another blast in Mogadishu on Saturday morning, according to local media reports.

The attack targeted Ahmed Washington, general manager of the capital’s port, who survived.

Two of his aides were killed in the blast and an unconfirmed number of people were injured, local media reported.

The group has vowed to ramp up attacks as the Horn of Africa country prepares for elections next year.