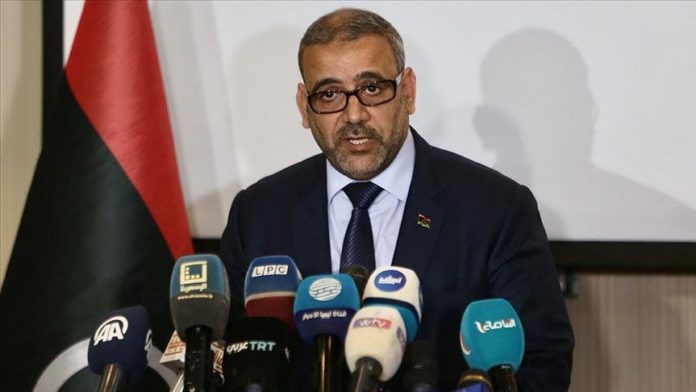 The head of Libya’s High State Council said on Wednesday that tribes in the country are not a political party and that the Afghan experience cannot serve as a solution to the Libyan crisis.

Khalid al-Mishri was commenting on Tunisian President Kais Saied’s remarks, during his meeting with French President Emmanuel Macron on the Libyan situation.

The Tunisian president in his remarks called for a new constitution based on tribal experience and constitution in Afghanistan.

He said that the GNA obtained its legitimacy based on the inter-Libyan talks that lasted for months.

“There is no need for more initiatives, all we need is to activate the political agreement to let GNA extend its authority across Libya,” al-Mishri added.

He also said that a Libyan tribal delegation that met Tunisian president in December 2019 doesn’t represent all tribes.

Al-Mishri also criticized Egypt’s calls for cease-fire and said the call “contains many faults which will complicate the situation in Libya.”