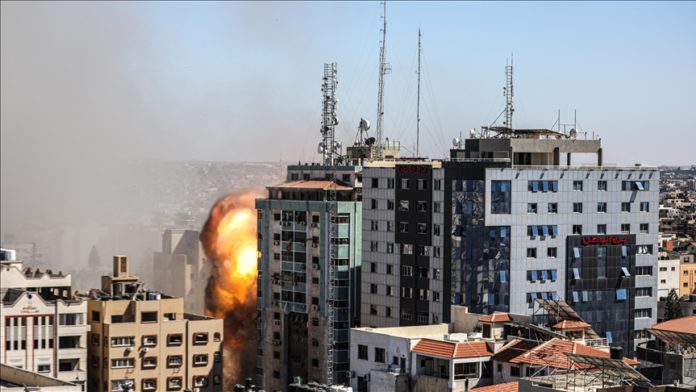 Qatari media group Al Jazeera on Saturday condemned Israel’s air strike on a building housing its office in Gaza City and called on the international community to protect journalists.

Israel’s barbaric act targeted the lives of our journalists and aims to prevent them from revealing the truth, the group said.

The 13-story building, one of Gaza’s oldest multistory buildings, had a total of 60 units, including offices of media companies, legal firms, and doctors.

Israel has pounded the Gaza Strip in air strikes since May 10, killing at least 139 people, including 39 children and 22 women, and injuring 950 more people.

At least four multistory buildings have also been destroyed in the air raids on the besieged Palestinian territory.