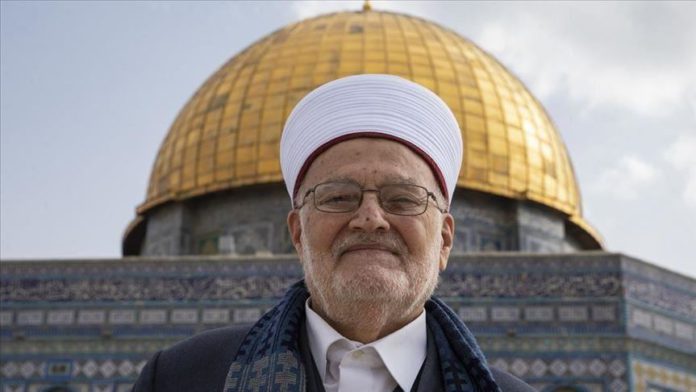 In an interview with Anadolu Agency on Monday, Sabri said the Israeli anthem includes words that allege the Jewish ownership of all Palestine, including Jerusalem and Al-Aqsa Mosque compound.

He said those chanting the Israeli anthem in the United Arab Emirates (UAE) are either “illiterates” or “Zionists”.

Videos appeared on social media showing some Emiratis chanting and playing the Israeli anthem, in a move that came days after the UAE, Bahrain and Israel signed US-sponsored agreements to normalize their relations.

These videos were widely shared by Israeli military spokesman Avichay Adraee and other Israeli officials.

Sabri said those who chant the Israeli anthem are “sinners” as they “conceded the land of Muslims to non-Muslims”.

“‘We have never imagined that the [Israeli] occupation anthem could be chanted in any Arab country,” he said.

Israel occupied East Jerusalem, in which Al-Aqsa Mosque is located, during the 1967 Middle East war.