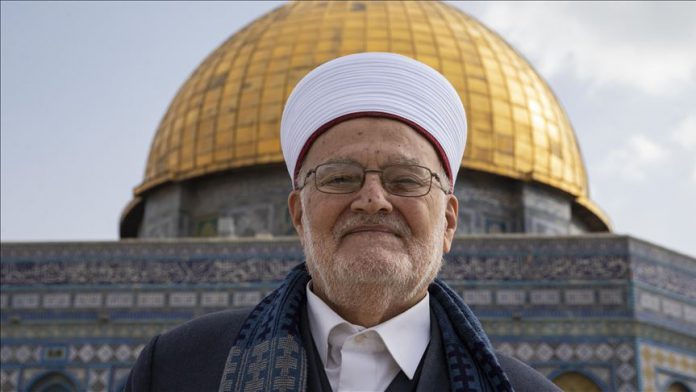 According to Anadolu Agency correspondent on the ground, Sabry was accompanied by many of Palestinian lawyers and activists.

On Thursday, Sabry warned against the Israeli targeting of what he described as “the religious symbols” in the occupied city.

In a press conference he had held, Sabry said: “The Israeli occupation undermines our freedom of expression by saying that we trigger incitement against the occupation.”

“When we say that Al-Rahma gate is an integral part of Al-Aqsa Mosque, they

Tunisia’s Ghannouchi re-hospitalized due to effects from COVID infection