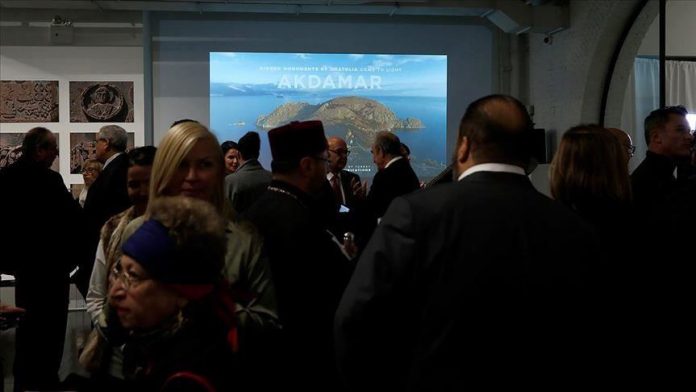 Organized by the Turkish Presidency Directorate of Communications, the exhibition highlights Turkey’s efforts to restore and promote the medieval Christian art and architecture.

The church has been photographed by Turkish artist Izzet Keribar, as part of a project called Hidden Masterpieces of Anatolia Revealed.

“This is an initiative to overcome difficulties of communication between Turkish and Armenian people, a bridge of goodwill for a better future and understanding,” Armenian Locum Tenens of