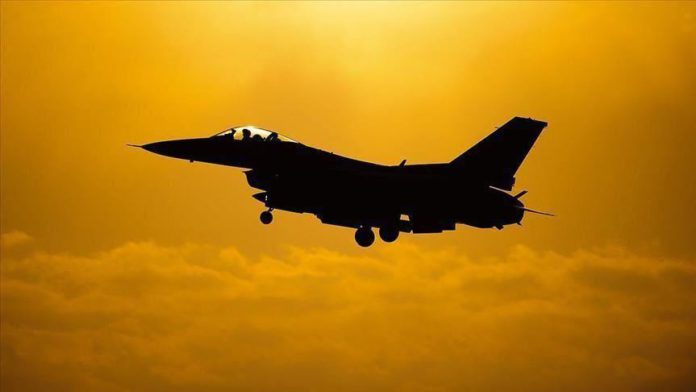 An airstrike in eastern Syria reportedly killed on Thursday at least 27 Iran-backed terrorists fighting for the Bashar al-Assad regime.

Unidentified warplanes targeted the positions of Iran-backed foreign terrorists in the Albukamal region in Deir ez-Zor province near the Iraqi border, according to local sources.

One high-ranking terrorist, the so-called commander of the Albukamal region, was also killed in the strike.

There was no immediate claim of responsibility for the strike in which unidentified warplanes bombarded several positions held by Iran-backed terrorist groups in the districts of Mayadin and Elbukemal.

Along the Syria-Iraq border, Deir ez-Zor is also a major link between Iran and Lebanon.

Pipelines and trade routes from Iraq and Jordan also pass through the province.

With the help of Russia and Iran-backed militias, the central and western parts of Deir ez-Zor fell to the Assad regime after Daesh/ISIS terrorists retreated from the region.

The majority of Iran-backed foreign militias fighting for the Assad regime’s forces are located in Deir ez-Zor.

These groups, operating among the Sunni-majority population, are being commanded by Iran’s Islamic Revolutionary Guards Corps (IRGC).

They hold sect-based religious education in the predominantly Sunni region, where they also oversee the opening of Shia prayer centers.

Deir ez-Zor, bordering the eastern bank of the Euphrates River, is currently under the control of the YPG/PKK terrorist organization.