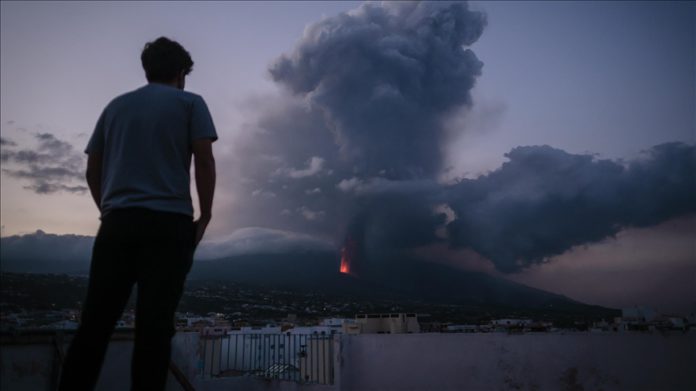 Airlines reportedly canceled about 30 flights Friday to the Spanish islands of La Palma and La Gomera due to an ash cloud caused by the spectacular volcanic eruption.

The first cancellation came from Binter earlier in the day when it said the stoppage will continue until conditions improve and allow flying to guarantee safety. The airline mainly connects La Palma with Tenerife North and Gran Canaria airports.

The volcanic eruption that has continued since Sunday, has destroyed nearly 400 homes and 200 hectares (494 acres) of land.

About 6,000 people have been forced from their homes and many will never be able to return.

Agricultural land, much of it for banana production, as well as businesses and roads, have also been razed by lava.

The volcano erupted for the first time in 50 years.