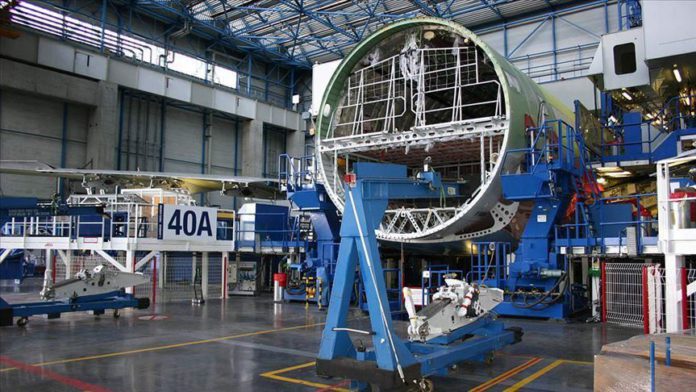 As part of the restructuring efforts, aeronautics leader Airbus announced Wednesday it will cut a total of 15,000 jobs, one-third of them to come from France.

The announcement comes after extensive losses due to the coronavirus crisis that hit hardest in France and central Europe, forcing the country into a two-month lockdown and causing air traffic to drop exponentially.

The French state owns 11% of the multinational, whose headquarters are located near the southern French city of Toulouse.

A planned 5,000 jobs will be shed in France, with 5,000 in Germany, and the remaining 5,000 at other international locales. The cuts will be completed throughout the summer of 2021.

In a Twitter statement, Airbus CEO Guillaume Faury said the cuts are an unfortunate by-product of serious economic losses caused by the pandemic.

“Given the scale of the crisis and the share of our business that has disappeared for the foreseeable future, we consider that a reduction of positions cannot be avoided. The crisis the aviation sector is facing will be of a length and magnitude that calls for more structural and wide-ranging actions.”

Airbus manufactures commercial aircraft, helicopters, as well as spacecraft, and defense aircraft and tankers. Its facilities lie throughout Europe, in Britain, the US, and Canada. Along with rival Boeing, Airbus dominates the industry.

In May, the French government had pledged €15 billion ($16.7 million) in loans and guarantees to the aviation industry, affecting most key players like Airbus. Their task is to keep the job losses at a minimum.

“The state urges Airbus to ensure that there are as few forced redundancies as possible,” said the country’s Junior Transport Minister Jean-Baptiste Djebarri in an interview on BFM TV.