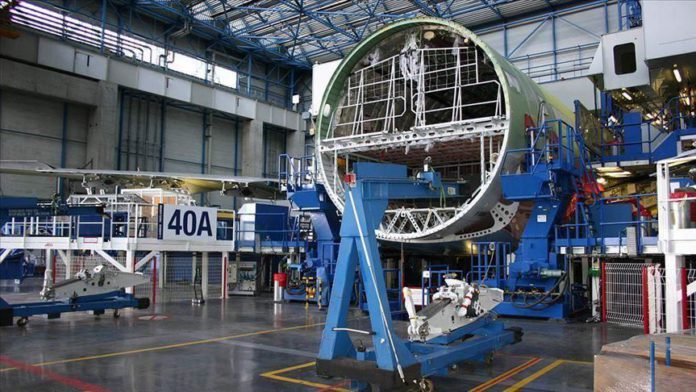 European plane maker Airbus on Thursday posted a €1.236 billion ($1.455 billion) operating loss for the second quarter of 2020 amid the coronavirus crisis.

In a statement, Airbus said the figure represents a 55% fall in the company’s turnover to €8.317 billion.

Airbus has been gravely affected by the pandemic, which forced lockdowns in multiple countries worldwide during March, April, and May, resulting in a near-halt to air traffic.

Many borders remain closed and certain countries, like France, have for the time being banned visitors from other countries where the virus is still escalating, such as the US and Brazil.

To stem the tide, Airbus also announced an immediate reduction in the monthly output of its long-haul A350 airplane to just five units.

This is the second cut Airbus has made in the aircraft’s output this year after it reduced in April from nine and a half to six. The move came in light of delayed or cancelled orders due to COVID-19.

“We are reducing costs everywhere given this situation. The impact of the COVID-19 pandemic on our results is now clearly visible in the second quarter, with half the number of deliveries of commercial aircraft than a year earlier over the same period,” he said.

Airbus is reeling from having had to pay a €3.6 billion fine at the beginning of the year over the regulation of litigation in the US, France, and the UK on suspicion of corruption.

The second-quarter losses were not only unforeseen, they will take years to recover: Airbus doesn’t see a regular level of orders resuming until at least 2023, even 2025, and has ceased further forecasting for 2020 given the lack of certainty about the virus spread and the subsequent moves taken by governments.

“We think it will be a very slow and very long recovery,” concluded Faury.