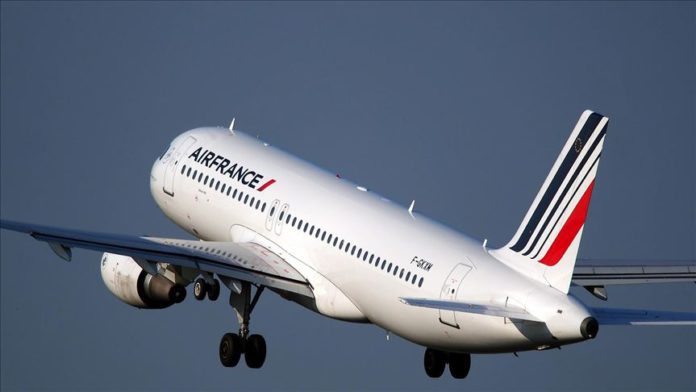 An estimated 220 to 300 employees gathered to protest layoffs planned at the airline that has suffered severely during the coronavirus pandemic. Various unions were represented at the demonstration, including CFDT and the national trade union CGT.

Air travel has seen a drastic drop over the past two quarters, especially to and from France, which was in the epicenter of the outbreak. A forced lockdown and shuttered borders meant a near-halt in both commercial and passenger air traffic.

“No hope for Hop!” … “The French state the gravedigger of the air!” read some of the signs held by the Nantes demonstrators. One sign depicted a coffin with a cross on it, for the perceived death of the company.

Sister demonstrations took place at the company’s sites in the cities of Lille and Morlaix, where the company holds maintenance sites. Plans to shutter both are currently in place for 2023. An aircrew base in Toulouse is also planned for closure.

“We would like to have recourse to long-term unemployment to see how air traffic will develop within two years, and to see with the social partners the reconstruction of Hop,” he said in a statement.

At the main Air France agency in Bordeaux, approximately 100 employees gathered to protest as well, in large part against the abolition of the air shuttle between Bordeaux-Merignac and Orly Airport.

A meeting is planned for Friday by Air France Hop management.